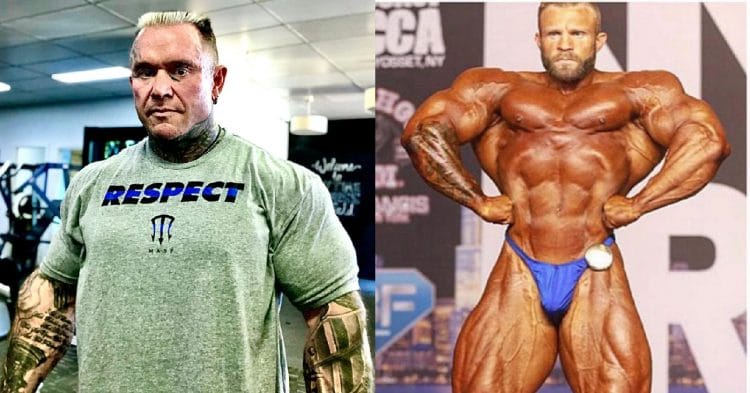 If you know anything about Lee Priest, it is that he is never afraid to speak his mind when he does not like something. Most recently he directed his aim at this current generation of bodybuilders for not having good legs.

Over the years, Priest has made a name for himself, not just as skilled athlete, but for his controversial opinions as well. His seeming lack of ability or desire to filter himself has made him fans on one side, and enemies on the other. He even got banned by the IFBB at one point, for being too aggressively honest about issues in the sport.

Regardless of what you may think of Lee Priest, he is undoubtedly a respected figure in the sport. Therefore it is only natural that he would be asked to weigh in on the controversy surrounding Iain Valliere’s win at the New York Pro. Although he admittedly is only going off of photos he has seen, Lee explained to RxMuscle that if he were judging, he would have gone with a different winner.

“(Iain) looked better than he did before, but I don’t know. Maybe a year ago I’d seen him look better. I think that (Justin) Rodriguez and Maxx Charles got heavily overlooked. I’m just going by photos, and for the comparison photos Rodriguez was second but I probably would have probably had him first. I know some people are commenting ‘Yeah, but look at the quads, look at the quads on Rodriguez.’ Okay, maybe Iain’s had a bit more flare on the outer side, but when you look down at the foot position, they both stand different. Iain’s (feet) are a bit more out, so (his quads) look more flared.”

From there, Lee Priest goes on to explain that he feels that Maxx Charles was extremely overlooked, a sentiment shared by many. He also spent a moment discussing his distaste for the judging at the event. He felt that they got away from the guidelines of judging, instead of focusing on how the athletes looked on the stage that day.

“You have these guidelines you match, like they’re judging for mass,” Priest said. “That is one of the criteria, but so is f—ing conditioning, so is symmetry, and all this other s–t. You’ve got to judge on all those things combined. People say ‘Oh glutes, glutes, and this and that, and look at the hammys. Look at the quads on him, look at the hammys on him.’ Have you ever heard anyone say ‘Oh, look at the f—ing calves.’? What happened to the calves? You c–ts might as well just sit in wheelchairs. You can just come out on your knees, stand on your f—ing knees because no one is looking from the lower leg down.”

Lee Priest goes on to explain that bodybuilding is about having a well rounded physique, from top to bottom. He says that he feel the sport has lost that type of focus on the whole body, and that it is a real shame. These are some interesting comments from the man who never holds back.