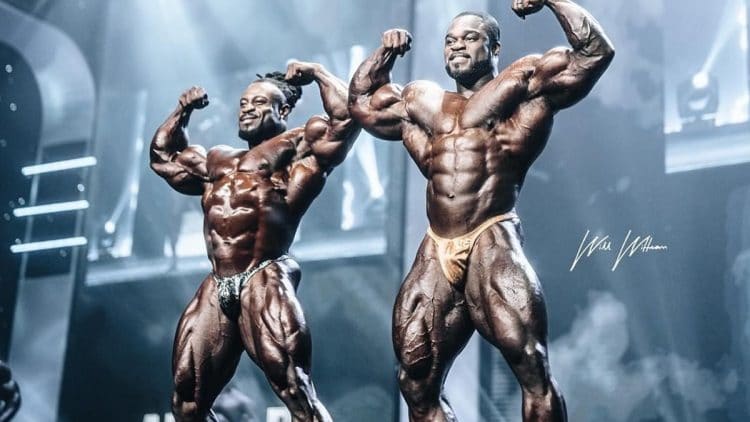 Bodybuilders Lee Priest and King Kamali believe William Bonac should have won the 2022 Arnold Classic and not Brandon Curry. The prestigious bodybuilding competition took place in Columbus, Ohio on March 4th and 5th. It was a part of the 2022 Arnold Sports Festival. 2019 Mr. Olympia and Arnold Classic winner Brandon Curry took home first place in the IFBB Open Pro division at the meet.

The 2022 Arnold Classic had Brandon Curry and William Bonac as the obvious frontrunners. On the other hand, up and coming talent like Brett Wilkin, Regan Grimes and Steve Kucklo were vying for a spot in the top three. As expected, Curry and Bonac won the first and second spot respectively. However, it was not without controversy.

During the most recent episode of RxMuscle podcast, bodybuilders King Kamali and Lee Priest opined that William Bonac should have won the first place.

“What I saw on the video, even yesterday (William) Bonac looked like he could have won. I thought he came in… he didn’t lose anything. I thought he came in tighter and full today. And Brandon (Curry) looked about the same if not maybe a little softer. So, if they can say it was close, it was close. But looking at them side by side, pretty much every shot Bonac looked like he was a clear winner,” Lee Priest said.

Renowned bodybuilding coach and nutritionist Chad Nicholls had predicted that Brandon Curry would emerge victorious at the 2022 Arnold Classic despite a tough competition. However, King Kamali claimed that despite being Brandon Curry’s coach, Nicholls was disappointed with the results and the Physique Curry brought to the stage.

“Because he is still coaching and he is Chad (Nicholls) and he is a huge part of this industry, I would just say that he was disappointed number one and number two, he thought Brandon (Curry) was soft,” King Kamali said.

Those in favor of the 2022 Arnold Classic result have argued that William Bonac looked bigger on stage but it was Brandon Curry that had the aesthetically more pleasing Physique and proportions. King Kamali argued that the sport of bodybuilding is about muscularity and stated that the more muscular one should have won.

“There is a million different things that go into this equation. They could come back and say (Brandon Curry) has a prettier Physique. He has a better looking body and William Bonac is too compact. (Curry) might have a better symmetry. But that doesn’t explain the essence of the sport,” King Kamali said.

Kamali remembered the advice he got when he won the Collegiate National Championships and stated:

“This is a sport of muscularity. This is bodybuilding.”

“When (Curry and Bonac) came out and they compared them… Just the two of them… It doesn’t take a f***ing rocket scientist man! You go pose for pose. Front double biceps, who wins? Front lat spread, who wins? And I, except for the side triceps and the abdominal shot, every pose I gave to Bonac. There’s your winner in my eyes. I can’t explain anything else.”

Who do you think really won the contest? Let us know in the comments.

Courtesy of RxMuscle – The Truth In Bodybuilding YouTube channel, you can watch the full podcast episode here:

How to Weigh Yourself Without A Scale