William Bonac on the 2022 Arnold Classic results: "Unfortunately I wasn’t good enough, and came short in the eyes of the judges." 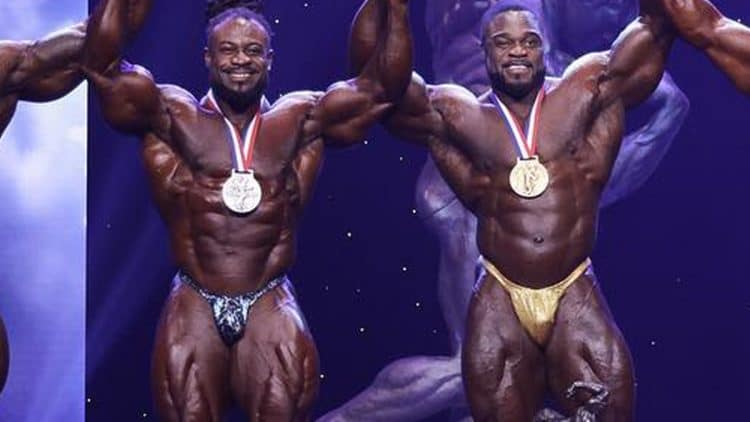 Ever since the competition wrapped up, many experts have argued that William Bonac deserved to win the competition. The 39-year-old shared an Instagram post. Bonac expressed his thoughts on the 2022 Arnold Classic result and everything he has been through in recent times. Courtesy of William Bonac’s Instagram account, you can see the post here:

What in the God’s name do I have to do more?

One thing I can look myself in the mirror knowing me and my coach @thedietdoc and training partner @candrick29 and my wife @sueyenne7 did everything possible could do to get this win. Unfortunately I wasn’t good enough, and came short in the eyes of the judges.

We will get back to the drawing board and come back, and keep coming back until I can’t be denied! 👑

Huge thank you to everyone who supported me from day one, who never doubted me even when I was on my low.

May God bless those who threw me under the bus and put dirt on my name.

NEVER GIVE UP NO MATTER WHAT!!” William Bonac wrote in the caption to his post.

Heading into the 2022 Arnold Classic, experts and fans had predicted that Brandon Curry could win the competition. On the other hand, there was uncertainty surrounding William Bonac’s performance. Fellow competitors and others suspected that Bonac might slip in the standings. The prejudging saw a tough battle and it looked like Brandon Curry will cruise to victory. However, William Bonac made the necessary adjustments heading into the finals and it looked like the win might slip out of Brandon Curry’s hands. During a Backstage interview, while waiting for final results, Bonac expressed that this is the best package he brought to the stage in his career and was confident to beat Brandon curry.

Moments before the announcement of the final results, Bonac won the most muscular award. His conditioning was on point and many thought his legs were showing striation, well defined, and were better than curry. But when the results were announced, Brandon Curry retained the predicted top spot. Fans and experts have heavily criticized the results.

In a recent episode of RxMuscle podcast, bodybuilders King Kamali and Lee Priest argued that barring a couple of poses, William Bonac outdid Brandon Curry and should have won the competition.

Steve Kuclo secured a third-place finish at the 2022 Arnold Classic. Samson Dauda, who had his eyes set on the third place heading into the event, came close to his goal and finished fourth. Justin Rodriguez, Brett Wilkin and Regan Grimes occupied fifth through seventh spots respectively and put on a good show.

The 2022 Arnold Classic was the first major professional bodybuilding competition of the year. It was also a formidable testing ground for the participants to have a realistic idea about their standing in the Open Pro division. It will be interesting to see how the rest of the year unfolds.