Lya Bavoil had a record breaking performance at the 2021 European Championships. 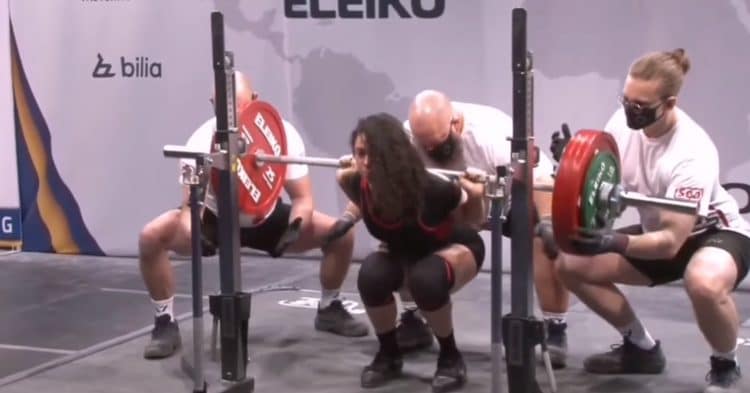 Lya Bavoil has been considered a top-tier powerlifter for some time now, and she certified her legacy even more in her most recent performance. Lya managed to grab three World records two months ago, in the 2021 IPF World Classic Powerlifting Championships. At that time Lya competed in the 63 kg category and has since moved up to the 69 kg category.

Her most recent performance was at the 2021 European Championships, and she had some huge lifts. Lya managed to break World records in the squat and total events, as well as a European record in the deadlift event.

The first event of the competition was the squat, in which Lya Bavoil excelled. She even managed to set a World record in the squat on her second attempt, with a 195.5 kg (431 lbs) lift. On her third and final attempt, Lya further improved the record with a 205.5 kg (453 lbs) squat.

The last event was the deadlift, where Lya claimed the European record. Lya broke the record on the second attempt, just like the squat, with a deadlift of 225 kg (496 lbs). Lya then improved it by 5 kg (11 lbs) in her third and final lift, setting the deadlift European record at 230 kg (507.1 lbs).

You can watch all her lifts here:

At just 27 years old, Lya managed to claim multiple World records, and dominate multiple weight categories. It seems like every time she steps on the platform, a record is bound to be broken. And to think how much more is probably to come from her is very exciting.