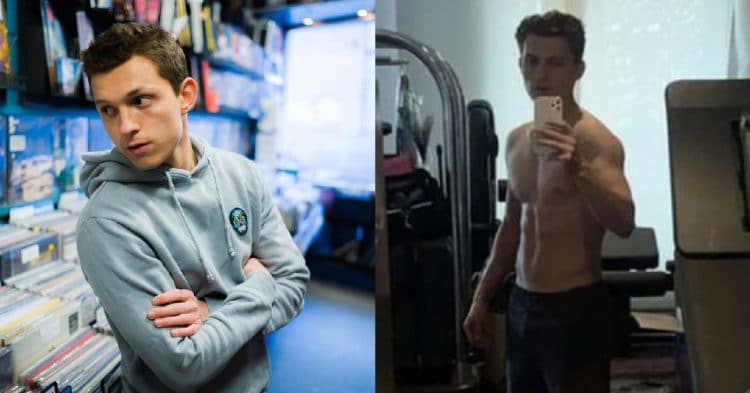 While playing Spiderman in the MCU, Tom Holland was undoubtedly in awesome shape. However he showed us recently that he is taking things to a new level for his next major action role.

One of the things that fans loved about Holland in the role of the webbed crusader, was the fact that he perfectly encapsulated the boyish looks and charm of the comic hero. Of course this is not to say that teenagers can not be ultra-strong. However, Spiderman is more of a lean hero whose skills lie more in acrobatics over pure strength.

That being said, it seemed a bit strange that Tom Holland was slated to play the role of Nathan Drake in the upcoming movie adaptation of the video game franchise Uncharted. This role will see him go from an unassuming and baby faced hero to a more gritty, Indiana Jones-type explorer. As a result, he has needed to pack on some extra muscle in order to look the part. As he showed with a recent post to his Instagram Story, he has been doing just that.

It seems that Holland is working a bit with Mark Wahlberg for his preparation for this film. The rapper turned Hollywood superstar is known for his dedication to fitness, as well as having an ultra jacked physique. If these two really have been working together, it would be safe to say a lot of that intensity has transferred to Tom.

The filming of Uncharted was one of the many productions to be delayed by the current global health crisis. However it appears that Tom Holland has finally begun his work on the set, after giving us a peek at his jacked physique. It will be interesting to see how the young actor looks in this different role.