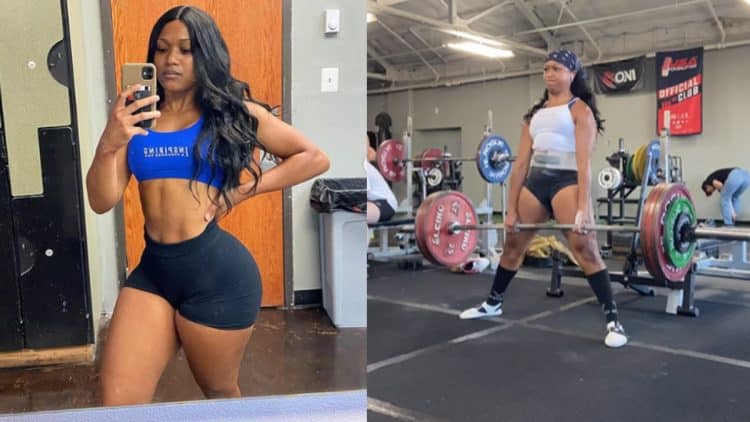 Jordanne Panton is a woman of many qualities, but none can outshine her deadlift prowess. In fact, Jordanne has proven that she is among the best deadlifters of her generation with numerous World and National Records to her credit. Considering the number of accomplishments Panton has accumulated, it would seem she has already mastered the majority of her career. Jordanne, however, is still in her early 20s and has much to look forward to since she is only just starting out. She also apparently has high ambitions for the future, as she recently shared a new 195-kilogram (429.9-pound) deadlift four rep PR.

Jordanne Panton’s new PR comes as a result of her hard work following the 2022 USAPL Mega Nationals. She almost immediately continued training with maximum intensity and now surprised everyone with a bar-bending PR. Jordanne completed the lift only equipped with a lifting belt, so powerlifting rules would deem it raw. Her style utilized a sumo stance and a mixed grip. Her recent feat of strength stood out due to the fact that every repetition looked easier than the previous one.

“A rep PR. The reps felt easier as the set went on. I guess that’s a good thing?”

Jordanne Panton’s bodyweight at the time of her new PR was not revealed, but she usually weighs in at around 64 kilograms (141 pounds) in competitions. If she currently weighs the same then her new four-rep PR is 3x her bodyweight.

Jordanne Panton has not recently revealed if she will compete soon. Despite her young age of 23, Jordanne has already participated in 25 competitions. She started powerlifting at only 14 years old and already has 18 gold medals to her name. In addition to that, Jordanne holds two IPF World Records and is a 5x American National Champion. It is difficult to not be intrigued by her resume as it makes everyone wonder what lies ahead.

Jordanne Panton revealed on August 30th that she is starting to feel semi-strong again. It looks like her most recent deadlift session has given her an even greater strength boost. Only time will tell, as Jordanne is obviously preparing for some kind of competition. It may not be soon, but she will most likely put up another record-breaking performance.