Months following the tragic passing of 46-year-old Jerry Ward, his wife, Erin Merritt, has provided further details about his cause of death. 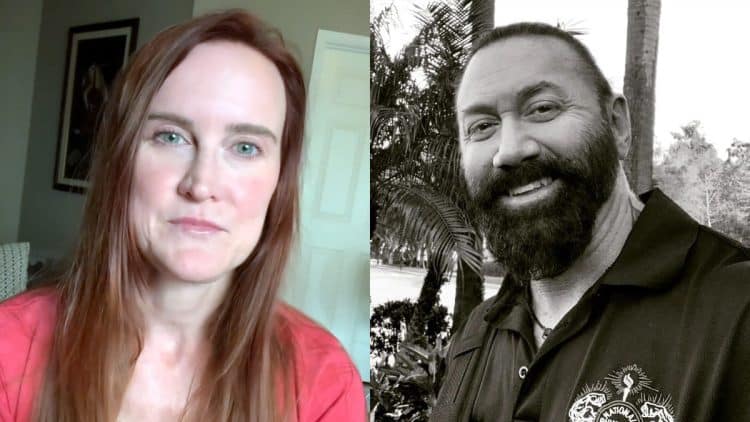 New details have emerged following the tragic death of the late 46-year-old Jerry Ward. His wife, Erin Merritt, has revealed that he died from a pulmonary embolism as a result of deep vein thrombosis.

Despite some of his controversial beliefs, Jerry Ward was highly respected in the bodybuilding community. Before his untimely passing, he served as a commentator for Gary Udit’s 2022 NPC Teen, Collegiate, and Masters National bodybuilding contests in Pittsburgh, PA. Hours before his death, Ward shared a video of himself, denouncing those who lack common sense.

His passing was reported by numerous outlets, including Rx Muscles’ Dave Palumbo. According to Palumbo, Ward was complaining to a close friend about pulling a left rib. At the time, Palumbo suspected that the injury was caused by Jerry carrying heavy luggage during his stay at a hotel.

Palumbo also shared that Ward used a massage chair the night he died but told his friend, Rich, that his rib issue became worse afterward. While his friend encouraged him to see a physician for the pain, Jerry decided against it and remained focused on his upcoming livestream duties.

Given Ward’s outspoken nature, his wife, Erin Merritt, shared further details regarding his passing. Following a recent call from the medical examiner’s office, Merritt was informed that Jerry Ward died from a pulmonary embolism, a condition where pulmonary arteries in the lungs get blocked by a blood clot, which occurred as a result of deep vein thrombosis (a condition where blood clots form deep inside the body usually in the thighs or lower legs).

For a more detailed explanation, check out Erin Merritt’s statement below.

“I got a call from the medical examiner’s office yesterday and I finally have Jerry’s cause of death. And instead of everyone writing articles where everyone thinks they know how he died — and also, I’m not a doctor as an article also said, I want to give you some facts because that’s how Jerry liked to operate. Yes, he also had an opinion, but he liked to delve into facts.

The fact is the reason Jerry died is he died of a pulmonary embolism as a result of deep vein thrombosis. No, he did not have any surgeries. No, he was not on any long flights. No, he did not complain of any sort of calf or leg issue, there was nothing there. He was fine before he left on his trip on Tuesday. If something happened during the week, he never mentioned it,” Erin Merritt said.

Merritt said that Ward wasn’t feeling ‘well’ the night he died. She added that this was to be expected considering he had clients participating in bodybuilding shows that weekend.

“I know there were a lot of reports that he didn’t feel well and that’s true — he told me he wasn’t feeling his best. Most of the time, we kind of just figured you know he was on a really stressful trip, he was excited, he had two clients who were in the show, I didn’t expect him to sleep well. I didn’t expect him to feel 100 percent and he didn’t. It didn’t seem that out of whack.”

One rumor that turned out to be true was that Ward reportedly collapsed in his hotel room the night he passed away. She clarified that his body was found during a wellness check the morning after.

“We do know that that rumor is true: he did collapse in his hotel room. It seems to be after he took a shower before he got into bed, he was standing, and he collapsed. He was found the next morning during a wellness check when he didn’t report for his normal duties for the show,” says Merritt.

Initially, Erin thought Jerry died of a heart attack but recently found out that it was a pulmonary embolism. Given his transparent nature, Merritt thought it was best to dispel any other rumors and explain how he died.

“He liked transparency. He wanted facts and he wanted people to know what happened whether he wanted to tell you or not — he always told you the truth and that’s the truth. So, I want to put this to rest. It seemed like he probably had some sort of heart attack when he first passed.

That was the only thing that kind of made sense or came to mind, but we now know it was PE [pulmonary embolism]. For those of you who know, they tend to be pretty deadly, and they hit like that, and you’re done. It brings me a little bit of comfort to know that he didn’t suffer,” Merritt clarified.

There have been an alarming number of deaths in the bodybuilding community since last year. Former Mr. Olympia Shawn Rhoden died from suspected heart troubles and George Peterson also met his fate face down in a hotel room before he got the chance to compete at the 2021 Olympia. Last year, bodybuilder and actor Andy Haman passed away from a pulmonary embolism as well.

This year, the concerning trend continued. In April, bodybuilding veteran Cedric McMillan passed away at just 44 years old. While many suspected heart issues to be at play, his wife, Patty, issued a statement explaining that his cause of death is still unknown.

Like Jerry Ward, his wife wanted to be transparent about this information because that’s what he would have wanted.

FitnessVolt wishes his friends and family our most heartfelt condolences while they mourn their loss.