Take A Look At The Incredible Journey Of Mat Fraser 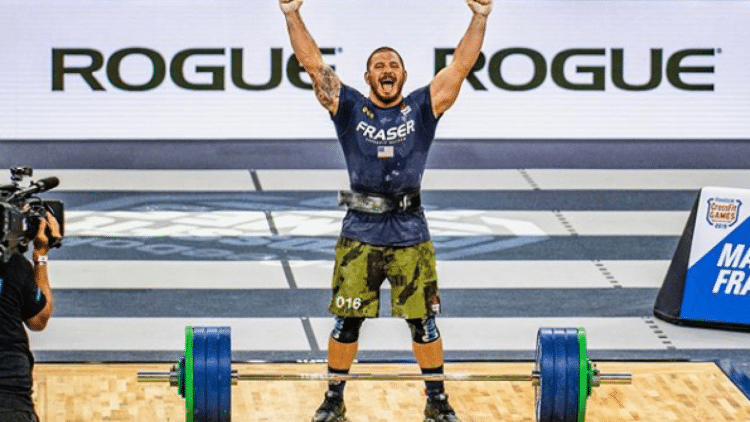 Mat Fraser is one of the most decorated CrossFit athletes in history. Now a documentary has been released, giving an inside look at the unbelievable journey that he has been on.

Fraser has won the title of Fittest Man on Earth more than basically anybody. He has won the CrossFit Games four straight times, including at the 2019 event. His physicality and overall athletic ability has blown the minds of many people over the years.

However, what may blow your mind even more, is the backstory behind Fraser. Would it surprise you to know that he started out as a chubby kid? How about the fact that he has overcome alcoholism to better himself?

These are just a few of the topics brought to light, in a recent documentary about Mat Fraser. Entitled “Pursuit For Better,” the roughly 16 minutes long YouTube video gives an inside look at the man himself. Taken just before week three of the 2020 CrossFit Open, Mat details the struggles he has gone through to get to where he is, and how much CrossFit has been a part of that journey.

If you have not already seen it, give the heartwarming video a look:

In the video, Fraser goes into detail about his childhood, and how he used to be overweight. However, things would change, when he was picked on by a fellow kid while playing kickball. From that moment on, and at just 12 years old, Mat began devoting himself to a life of fitness.

“Started eating cans of tuna and water, bags of spinach, and I would do sit ups, push ups, and run on the treadmill.  Twelve years old, put on the hoodie, put the hood up. I’d go in the dirty basement, running on this old treadmill that was kicking around down there. I’d run six, eight miles.”

At this point, Mat’s friend and agent began talking about how hard Fraser works. Moreover, his fiance explained how inspirational and helpful he is at achieving goals. The thing that the pair agree on, is how driven and strong-minded he is.

Then Fraser began to talk about his journey to sobriety. He detailed being offered a full scholarship to the Olympic Training Center. However, he kept messing up, and partying and getting addicted to alcohol. Then, when Mat got in trouble again, his dad “didn’t even care.” That made him stop drinking that night, and try to turn things around.

However, this was not always easy for Fraser. As he explains, he had a friend named Nate, who helped him with sobriety, inviting him to meetings. Unfortunately, Nate would later relapse after Mat had moved away, ultimately leading to him committing suicide.

The film ends with Mat Fraser continuing to prepare for the rest of the CrossFit Open. Looking at the man in those final frames, you would never guess how much he has overcome. This documentary really changes one’s perspective when watching this man compete.