Yuri Tolochko eager to tie the knot with his life-like doll. 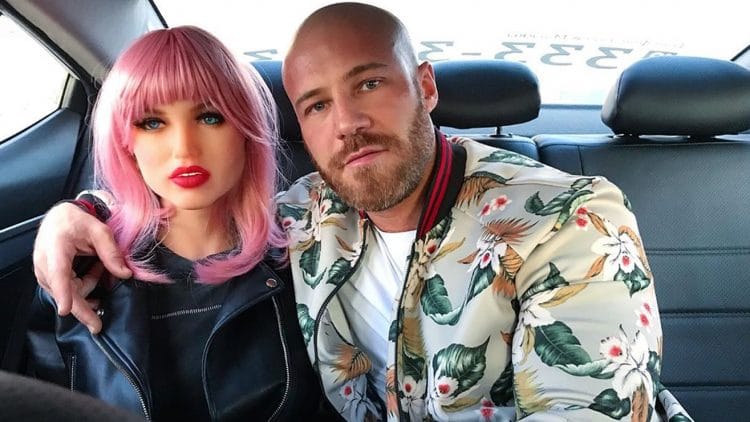 Kazakh actor and bodybuilder Yuri Tolochko has apparently found the love of his life… who’s a sex doll named Margo who he has been seeing for about 8 months now.

And according to the New York Post, Tolochko explained that Margo developed a “complex” after he posted photos of her on social media (they spend a lot of nights out together). Well, to fix this issue, he said that he paid for her to undergo plastic surgery and now here we are…

“When I presented her photo to the world, there was a lot of criticism and she began to develop a complex so we decided to have plastic surgery. She has changed a lot. At first, it was hard to accept but I got used to it later on”.

“It was at a real clinic with real doctors, he explained“.

Tolochko also talked about how he first met Margo while visiting a bar. He even explained that Margo is a waitress but she’s not able to walk.

“She can’t walk by herself, she needs help,” Tolochko said.

Margo is supposedly not good in the kitchen either…

“Margo doesn’t know how to cook, but she loves Georgian cuisine. Her favorite dish is khinkali.”

And apparently, “she” gets an attitude from time to time leading to a few arguments between the two but it’s obvious that nothing will break their ‘very close bond’. Tolochko also maintains an Instagram page for Margo where he posts photos of the doll.

And although there is no official date set for their wedding, Yuri Tolochko and Margo will soon be pronounced husband and… doll?

We can’t ignore the fact that this one of the more off-kilter stories to make headlines although there are many similar ones out which are rather unique. And most people probably wouldn’t know what to make of this news other than to just acknowledge how bizarre it seems.

What are your thoughts about this interesting story?