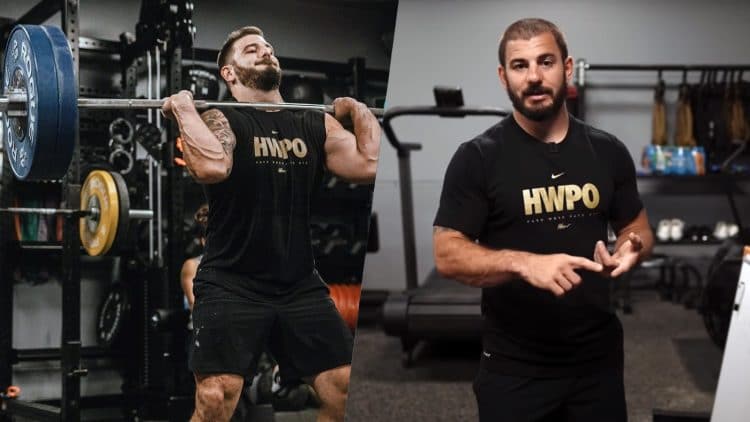 Five-time CrossFit Games winner Mat Fraser called it a career at the absolute top in 2020. The 31-year-old has been busy with many well-suited endeavors since retiring from the competition. Fraser recently moved to a new house where he finished setting up his new home gym that sprawls over 1000sq.ft. of area.

In a recent video uploaded on Mat Fraser’s YouTube channel, the CrossFit legend gave a tour of his incredible home gym. While it can easily be confused for a fully equipped CrossFit box, the gym features a plethora of equipment that enables Globugym exercises along with traditional CrossFit training.

Matt Fraser familiarized his followers with each feature of his gym as the video progressed and explained the concept and functioning of the gym in minute detail.

Courtesy to Mat Fraser’s YouTube channel, you can watch the entire video here:

Mat Fraser’s gym has a dedicated space for cardio machines that are typical to every CrossFit gym in a competition. It includes a pair of Concept 2 Rowers, Concept 2 Ski Ergs, Rogue Echo Bikes, and Stairmasters that are found in every CrossFit Gyms. The cardio section also has a pair of Assault bikes.

While having all of that equipment in pairs might confuse a lot of people, Mat Fraser clarified that he wanted everything in twos to avoid coordination and waiting when he is training with friends or his partner. Assault bikes in the gym are mostly on standby as he leans towards Rogue Echo bikes for regular use.

“I’m keeping the assault bikes so that if I have athletes in town for like training camp or something, they have the option of Assault bikes if they want to test a workout for a competition or something like that.” Mat Fraser stated.

The most impressive feature of Mat Fraser’s gym is the elaborate rig. While explaining the unique design of the rig, Mat Fraser stated:

“I didn’t really want a typical wall-mounted rig just for pull-ups and squats. I wanted each station to kind of, be a tool to serve a purpose.”

When Mat Fraser placed an order with Rogue Fitness, they wrote back to him inquiring the purpose of the huge order. So when Fraser explained his plans for the new home gym, Rogue Fitness scrapped the order and designed the custom rig to fit the room. The 31-year-old said that setting up the gym in a new home is usually a day or two’s job for him. However, the custom-designed rig was delivered in sections that took three days to figure out and assemble. But in the end, the rig was worth the effort.

The rig has Portable squat racks that are on the smaller side to enable his wife to use them. Apart from that, the rig includes a wall-mounted pull-up bar, squat rack, stall bars, a couple of plate trees, and a barbell holder that houses:

A Plyobox neatly kept near the barbell holder separates the rig from the cardio section.

Rogue Fitness proposed mounting the deadlift platform on the floor. However, Mat Fraser chose to keep it mobile in case he wanted to redesign the gym using the same equipment later.

The ample storage space in the shelving along the rig houses several recovery tools like theraguns, Hyperice compacts. Also, other necessities like towels, resistance bands, and music speakers have a dedicated space. Along one corner of the rig lie many kettlebells up to 203lbs. Fraser jokingly questioned if there was a way to neatly organize them!

Along the second wall, the rig has neatly arranged dumbbells, weight plates, wall balls, and D-balls of various weights up to 200lbs.

The next part of the rig is the inspiration behind the entire rig. Pivots at the top and the bottom of the shelves link them to the rest of the rig. A cable system supported with these pivots enables pulley work with a variety of equipment like ropes, handles, accessories bars, and straps for pulling movements. The product is now available to buy on the Rogue Fitness website as The Cave.

While explaining the unique requirements that inspired the idea of The Cave, Mat Fraser said:

“I wanted the mix of the CrossFit gym, you know, the pull-up bar and the squat rack, the whole rogue look, and feel of everything. But then I also wanted to do the Globogym stuff. Lat pulldowns, seated rows, cable curls, triceps. I also wanted to have that in my home gym.”

Mat Fraser asserts that he will never have a home gym without a reverse hyper. The gym has this piece of equipment built within the rig. There are very few exercises that develop back, glutes, and hamstrings like reverse hyperextension. It explains why the five-time fittest man on earth gives so much importance to it.

Sitting next to the reverse hyper is the newest equipment that Mat Fraser talks about with amazement – the Rhino belt squat machine. Mat Fraser revealed that it was added by Rogue Fitness in the rig’s design. The machine allows a person to squat with weights strapped around the waist rather than lifting a barbell.

The simple difference enables working the lower body without putting stress on the back. This in turn, significantly reduces the risk of injuries associated with barbell squats. The bar installed at the top of the machine helps to do weighted pull-ups.

Mat Fraser has a dedicated rack for weighted vests in his gym. The wardrobe of vests includes standard vests, calibrated vests employed in competitions as well as military-grade ones that have the built-in mechanism to drop them at any point during a training session.

Sprawling over 1000 sq. ft. of area, Mat Fraser’s new home gym is nearly twice as big as his previous one. Fraser admitted that he hoped to never outgrow the available space. However, the gym already has every one of its corners utilized to its full potential. It will be interesting to see what the next upgrade looks like!