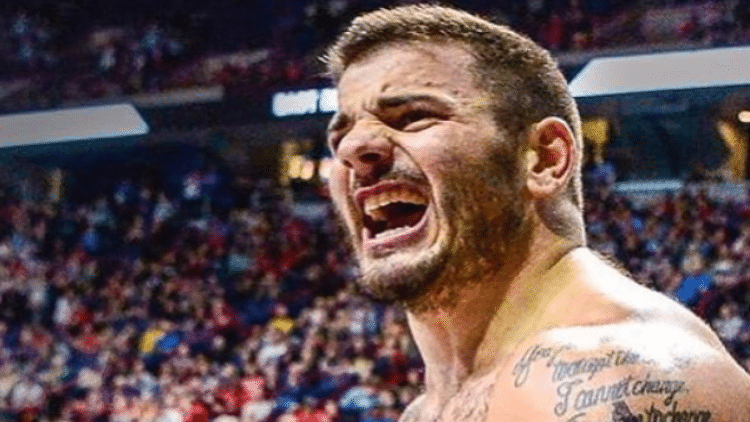 Mat Fraser was off to a great start at the 2019 CrossFit Games. However, that has the potential to change after he suffered a penalty in today’s competition.

Mat Fraser looked pretty good on the first day of the 2019 CrossFit Games. The three-time champion put on a strong showing in the event, finishing in first. However, in a surprising turn,  it was announced that Fraser has been handed a penalty in his second day.

During the Ruck Run today, tragedy struck Fraser. While competing in the 6,000-meter run, athletes are carrying weighted bags. Additionally, every lap adds weight to the competitor. The bags weigh 20, 30, 40, and 50 pounds. Unfortunately for Fraser, one of his bags fell out during the last leg of the race.

Following this unfortunate incident, officials reviewed the run. Subsequently, they decided that Fraser was to suffer a penalty of 60 seconds. This adjusted his original time of 24:50.09 to 25:50.09. In the end, Mat Fraser would finish the event in 17th place after the penalty.

Despite this, things are not over for the multiple time CrossFit Games champ. Currently, he is still number one overall. However, this setback certainly closed the gap between he and the rest of the competitors. Here are the current overall top 10 standings.

These standings are based on the CrossFit Games new scoring criteria. While Fraser is still number one, he is only two points behind Noah Ohlsen and three behind James Newbury. So it is pretty clearly anybody’s event.

This disappointing turn of events leaves Mat Fraser in a precarious position. If he wishes to continue on as the 2019 CrossFit Champion, he will need to proceed carefully. He will need strong performances in the rest of the events of the competition.

The 2019 CrossFit Games continues on, through Sunday August 4th. You can catch all the action here, and stay tuned to FitnessVolt for further updates as the events unfold.

2019 CrossFit Games Results: See Who Got Eliminated On Day 2