Retired five-time champion Mat Fraser talked about his retirement on the Josh Mat Seven podcast and has fans thinking after discussion about the possibility that an athlete could return to the same level of competition after a year off from the sport. 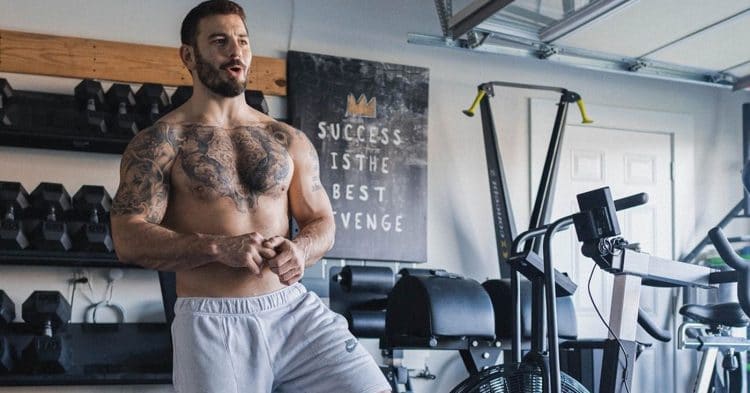 The CrossFit Open has passed, and athletes the world over are preparing for the SemiFinals. But this year isn’t quite the same without CrossFit’s five-time Fittest Man on Earth Mat Fraser who retired after a dominant performance at the 2020 CrossFit Games. Recently on the Josh Mat Sevan podcast with CrossFitter Josh Bridges and filmmaker Sevan Matossian, the latter was curious to know if someone could take a year off and return to the same level of competition. Well, 31-year-old Fraser has no doubt it can be done. Maybe that’s because he’d also done what many would believe to be impossible.

“I think if you take a year to rest your body and recoup, [it doesn’t mean] you just don’t have it anymore. I think if you take a year and let yourself go and all that, yeah, you’re probably fighting an uphill battle. But this whole thing, and I never understood it…these sweeping blanket statements from so many people., ‘You have to do this, this is the only way’ or, ‘I never do that.’ It’s like [expletive.]”

He thinks the people with the “sweeping blanket statements” should just zip it.

He also noted that some downtime is good for the body, but if the athlete stayed committed to training for the year they could come back very strong. In fact, he used the term superhuman to describe the potential.

Sevan’s admiration was evident. He also had concern for his fellow CrossFitter friend, and brought up “the pain cave.” He wondered if Mat would have a problem with that if he decided to get back into competition mode.

Fraser said no, and talked about how mindset is everything when it comes to this level of competition.

“I build it up more in my mind. I remember it or I tell myself it’s going to be more painful than it actually is so that it never arrives when I’m competing. Oh, I’m going into workouts so scared because I know what I’m about to put my body through. I know the sensation I’m about to feel and I’m building it up like this is going to be so painful.”

It’s clear from Mat Fraser’s record this is a mindset he’s had since day one of his CrossFit journey. But many may wonder now if he believes that he himself could be the example of someone who takes time off and returns as good or better.

In the meantime, the 2021 CrossFit season is well underway with the semi-finals starting on May 24. The Last Chance Qualifier for this year will be June 28. The 2021 CrossFit Games will begin July 26 in Wisconsin.