Mathew Fraser and Tia-Clair Toomey bring a win, and $300,000 home, and keep their Fittest Woman on Earth® Fittest Man on Earth® titles intact. 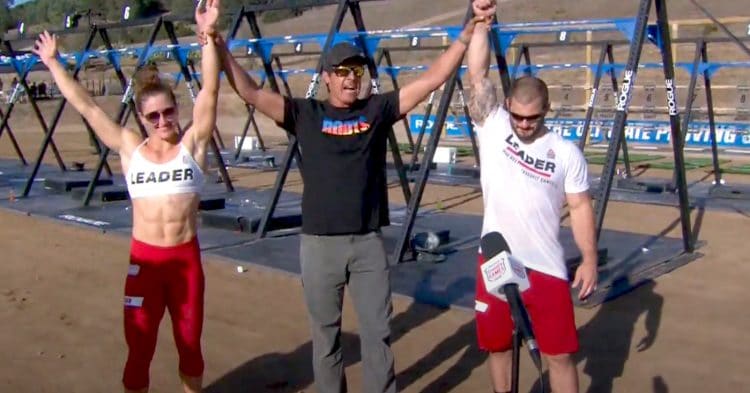 Whoops, we think they did it again. Mat Fraser and Tia-Clair Toomey hit new personal bests and make history at 2020 Reebok CrossFit Games, by becoming the Fittest Woman on Earth® Fittest Man on Earth® once again.

It was a predictable finish, but definitely not an easy one. While they both dominated the Games, they each had a few stumbling blocks. Their stumbles weren’t fatal to their Fittest on Earth® titles though.

Mathew Fraser makes history by winning the Fittest Man on Earth® title for the fifth time in a row, and Tia-Clair Toomey takes her fourth Fittest Woman on Earth® title. This is a first for the CrossFit Games community on both ends. They each will also take home $300,000 as a sweet paycheck to a grueling weekend.

Overall, Mat Fraser finished with a near-perfect performance of 1,150 points, and Tia-Clair Toomey not far behind with 1,025 points, out of a possible 1,200. 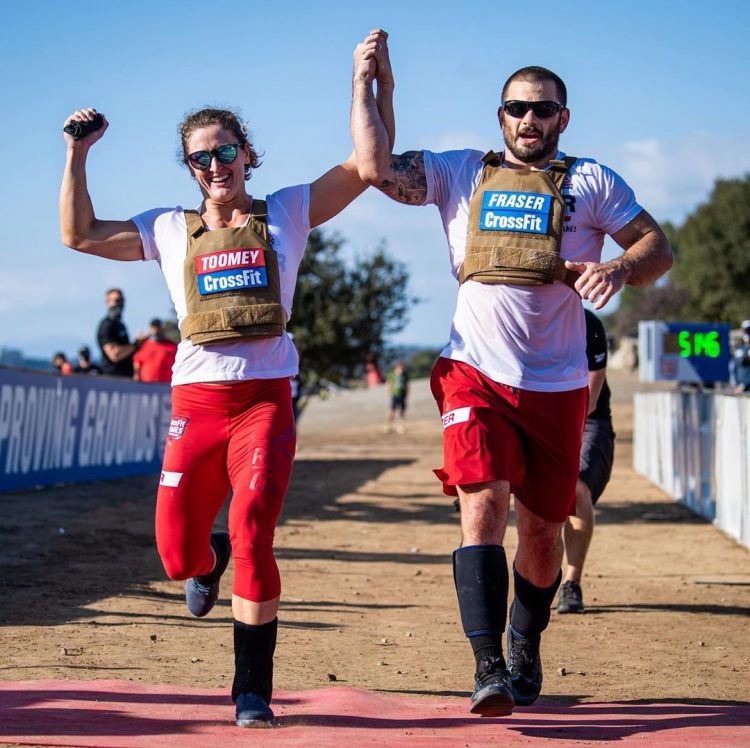 The 2020 Reebok CrossFit Games began with Day One on Friday, where Toomey finished ahead by 85 points, and Fraser crushed the leaderboard by 220 points ahead. Day Two was on Saturday, where both Toomey and Fraser told their competition that they were there to win. And they did, clearing all four events with the W on Saturday.

Day Three occurred today, and was anything but a relaxing wrap-up. Both rock stars took the number one spot in all but one category, and that one loss in one event was a hit they could both afford.

For Toomey, the Atalanta was her stumbling block today, where she placed in third. Fraser’s main beef was in the Swim ‘N Stuff when he was behind Samuel Kwant by just nine seconds.

Wherever there was a handstand, Toomey was not placing first. But she brought her win to almost every other event. Just not her wheelhouse. And it doesn’t seem to matter at the end of three very long days. She dominated every single event but three. After 12 events the reigning champion earned her record fourth consecutive title.

Mat Fraser takes the Fittest Man on Earth® with a near-perfect weekend rattling up 1,150 points out of a possible 1,200. He dominated almost every single event but the CrossFit Total and the Swim ‘N Stuff. He makes history as the first-ever to earn the title 5 times.

Check out the full results for all the events of 2020 Reebok CrossFit Games and final results.

A Head by Head Guide to Deltoid Training

There is no rest for 5x CrossFit Games winner Tia-Clair Toomey. Even after breaking the record for most wins in...