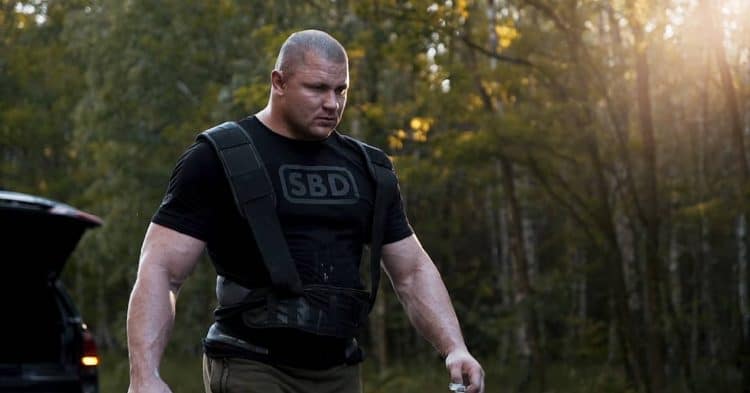 It appears that the 2020 World’s Strongest Man has taken another hit. One of the favorites to win the contest, Mateusz Kieliszkowski has been forced to withdraw due to a lingering tricep injury.

As excited as fans are for the WSM this year, it has been a bittersweet feeling. On the one hand, there has been a lack of big strongman contests this year, and the athletes looking ready to burst with anticipation, so a high amount of energy is felt throughout the community. On the other, a noticable lack of big names in the sport, such as a recently retired Hafthor Bjornsson and 2019 WSM Martins Licis, have left some fans a little disappointed, while still hopeful for an exciting contest.

Unfortunately it seems that the contest has taken another hit, as heavy favorite Mateusz Kieliszkowski has announced that he will not be competing this year. In a post to his Instagram, the 2020 Arnold Strongman Classic runner-up explained that a lingering tricep injury and complications from surgery have been causing him problems over the last several months. Although he has been able to push through the pain to compete previously, he has chosen to take the WSM off, in order to heal further and avoid more problems.

“Some bad news this time .. Unfortunately, i will not compete in this year @theworldsstrongestman (WSM)
During the last stretch of the triceps, which had been a problem for me since the previous operation. Planned, re-treatment after the competition and everything was corrected, But it got complicated too fast. I was on painkillers all through my periods and still got great results.
I consider this year really unlucky.
I struggled with health problems during lot of performances, but despite everything, I always managed to participate in them.

In fact, now I think someone just got a great gift from me .. 1st place ..

I’ll try fix this and I’ll be back next year.

I apologize to those who believed in me. Those who helped took an active part in the preparations.
Now I keep my fingers crossed for my friend @jfcaronstrongman , I believe you will succeed. Give 100 percent of yourself!🥇🏆”

Obviously this news is a massive disappoinment, especially to fans of the Polish strongman. Although things become interesting, considering that many were picking Mateusz Kieliszkowski to win the 2020 World’s Strongest Man. His departure leaves the contest with a variety of potential outcomes, and as disappointing as it is that he will not be there, it is going to be interesting to see who can step up and snatch the crown during this time of uncertainty.