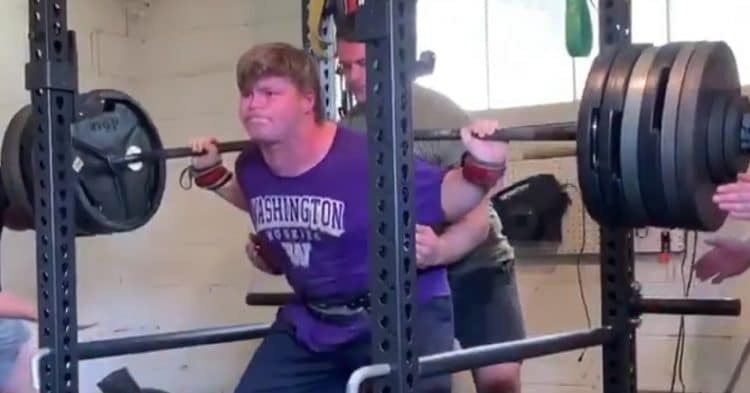 Before he is even of legal voting age, Max Shethar has done some pretty impressive things. Now he is pushing himself to the next level, by scoring a new personal record in a recent training session.

At just seventeen years of age, Max has developed quite the reputation in the powerlifting community. Not only has he looked unstoppable in his four meets so far, but he has also set records along the way. He has just gone to prove that there is nobody else like him in the sport right now.

After a recent training session was posted to Instagram, Max Shethar reaffirmed that status, too. The video sees the young seventeen year old working through a squat training session. As such, he manages to hit a whopping 625lb squat for two solid reps. As impressive as that was on its own, it gets even better when you realize that this was a new PR for the youthful powerlifter.

This was a really solid display of strength from Shethar. Just looking at his appearance while he worked the weights, one would never guess that they were watching someone hit a new personal record. Nevertheless, that was precisely what he did, and frankly he made it look easy.

This was not the only personal record Max hit in training recently. Here is a video of his recent deadlift training session, where he scored yet another PR double. Only this time, he did it by deadlifting 655lb for two reps, pushing his previous PR double by a whopping 40lb!

It would seem that, at every opportunity, Max Shethar continues to prove himself to be a special talent in the powerlifting scene. To see him continue to set new personal records consistently, like he is, makes it super fascinating to think about how he will look by the time he competes again.