Milo Sarcev Shares Photos Of Maxx Charles Days Before New York Pro, Showing How Jacked He Was For The Contest 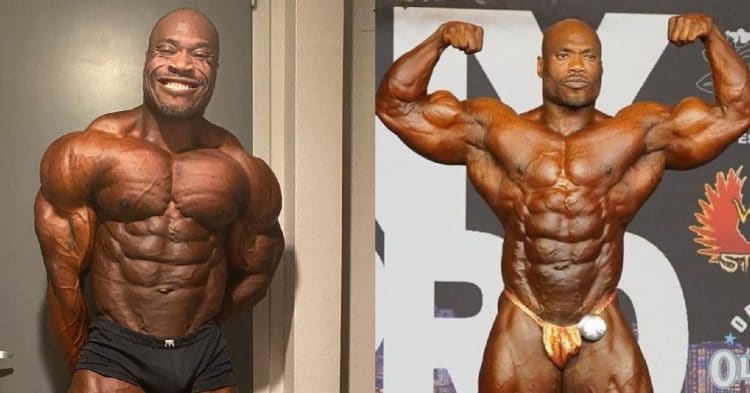 Many fans felt that Maxx Charles should have been the one to walk away from the 2020 New York Pro victorious. Shortly after the contest his coach, the legendary Milos Sarcev, released some photos of his final days of prep, that further add to his case.

This year’s New York Pro was a unique one, that ultimately ended in controversy. Instead of taking place in New York, the contest actually went down in Tampa, Florida. Several big names in the sport showed up, but in the end it would be Iain Valliere that would walk away with the victory, which came as a big surprise to many fans who felt that there was a lot lacking in his physique. Following the show, he has been getting a ton of negative comments of those who felt like his calves, chest, and triceps left a lot to be desired, and someone else should have won.

One of the biggest names that fans felt got slighted by the judges, is longtime bodybuilding veteran Maxx Charles. Most people felt that he was by far the most conditioned athlete there, and even if you did not think he should have won, he absolutely deserved better than the fifth place score he received. In the days following the event his coach, Milos Sarcev, posted to Instagram, giving a glimpse into the final days of prep before the show, and it does a great job to illustrate how jacked his physique was, heading into the contest, while explaining the difficulties he had in preparing for this show.

“@maxx_charles day before (last 3 pictures were from 2 days before) New York Pro. People that don’t know Max would not ever believe that Max did not train in the Gym from March, when Corona Lockdown started in New York. First time he went to Gym is when Big Steve opened his @bevsgym – so many days ago. It is actually mind boggling that Max could get in this kind of shape pretty much training in the room with few dumbbells, bench, barbell and a leg-press machine…He is absolute genetic freak and destined for bodybuilding greatness. This year so far didn’t go too much in his favor – but I am sure he made millions of true bodybuilding fans around the world as he is epitome of ‘bodybuilders bodybuilder’.”

There is no denying that Charles was in the best shape out of those who were there. On the other hand, Iain was easily the most muscular athlete on stage. Nevertheless one can make the case for Maxx having a better midsection than 3rd place winner Jon Delarosa, and the best conditioning of anyone else competing, which makes his fifth place position all the more baffling.

One of the biggest complaints fans will always have about bodybuilding is how unfortunately subjective it is. Where the judges saw and appreciated the physique of Iain Valliere, the fans were more intrigued by the package Maxx Charles delivered. In the end, while Maxx likely should have scored higher, it is hard to say that Iain was not the rightful winner.

Tia-Clair Toomey Tells Her Secrets To Recovery After Intense Workouts