Life and accomplishments of Milos Sarcev 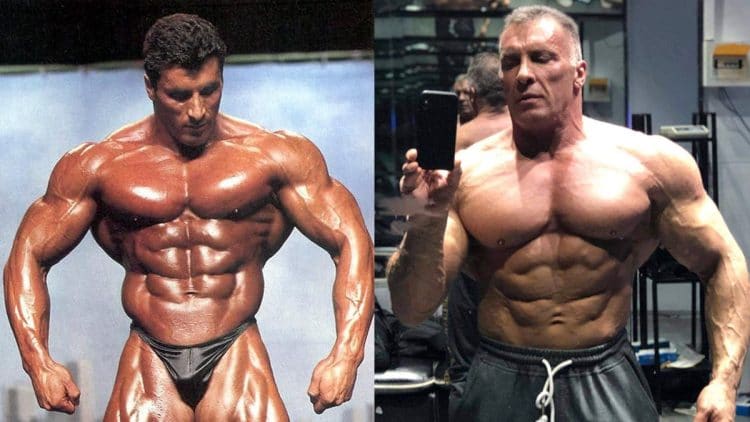 Miloš Šarčev is a retired former IFBB professional bodybuilder and coach from Serbia. His most notable achievement was winning the Mr. Universe bodybuilding competition in 1989. This is his complete profile, biography, training regime, diet plan, and more.

Miloš Šarčev was born on January 17, 1964. He is a IFBB Pro bodybuilder from Bečej, Serbia.

During his childhood, the economy was suffering and times were tough. Milos’ father enrolled him in karate at a young age, however, he quit because it was not an Olympic sport and he could not represent his country.

So he tried Judo and trained for eight years which involved some weight lifting. During this time, he saw a magazine with the iconic 7x Mr. Olympia Arnold Schwarzenegger, and was instantly in awe. He didn’t know the human body could look so impressive. But then he mentioned also seeing the likes of Serge Nubret and Frank Zane on the subsequent pages of the publication, and from that point on he knew he wanted to look like these legends.

One problem standing in his way though, was a lack of training facilities. So to remedy this, he’d make concrete plates and place a board on some bricks for a makeshift bench.

Milos Sarcev was competing in Europe in federations such as WPF and AAU, and during the European Championships in Italy, he was given an invitation to participate in the Mr. Universe show that took place in the United States. He ended up getting a visa to go to the US, however, he had to figure out how he was going to afford the trip.

Milos gathered enough funds from guest posing and appearances which earned him just enough for the plane ticket. So he came to America with just $428.10 and also didn’t speak any English either. After staying at a hotel for two nights, his money was half that. His plan while there was to try and make a living in the United States but that dream was quickly seeming more and more impossible.

But as fate would have it, a prior encounter would end up being the miracle he needed to eventually make a life for himself in the United States. During his boat ride from European Championships in Italy to Serbia, Milos offered help to two seasick women from the US, and they ended up helping him immensely when he arrived in America.

First job in US

Milos landed his first job at a gym in San Diego but the problem was, he was not legally able to work yet. So he used the social security number of one of the women who took him in and was able to start. However, the newly crowned Mr. Universe champion ran into another issue; he had to wait two weeks for his first paycheck. But at this point, he’d run out of money.

Sarcev has talked about being so broke that he would scarf down muffins in the grocery store and not pay for them.

His paycheck was very little but he was offered a personal training position. So he’d wake up at 5 a.m., train himself, train clients for a few hours, work from 10 a.m. – 10 p.m., do more training for himself and called it a day.

Milos Sarcev is a true veteran and legend in the sport of bodybuilding with an extensive competitive resume. He’s competed in over 100 competitions, including 72 as an IFBB Pro.

His biggest bodybuilding achievements include winning the Mr. Universe title in 1989 and taking first place twice in the Mr. Yugoslavia contest.

He said in an interview that other than Shawn Ray, he was the only bodybuilder to have qualified for every Olympia in the 90s. He chose not to compete at the 1995 and 1996 Olympias because he felt at the time judges favored the mass monsters who he could not compete against. It was more worth it for him to go to Europe and make more money as a guest poser.

Aside from competing, Milos has coached many legends such as Flex Wheeler, Dennis Wolf, and Ben Pakulski, and he currently helped IFBB Pro Open competitor Regan Grimes prepare for the 2022 Arnold Classic, the second biggest show behind the Olympia.

Additionally, the famous trainer has made many appearances as a speaker and is one of the most knowledgeable and respected in his field.

Milos Sarcev is a big proponent of using a training method known as giant sets – a circuit of 4 or more exercises performed back to back a single body part. In fact, he uses this technique for his clients that are top level bodybuilders.

An example of giant sets is doing an exercise like the bench press followed by flyes, push-ups, dips, and you get the idea. There’s very little rest in between transitioning to the next exercise.

Milos really believed in this workout method and so much that he would sometimes do 10 exercises for one body part!

It’s grueling and anyone who’s tried it knows but if it’s worked well for a bodybuilding legend and his trainees then there must be something to it.

The idea is to prolong the time under tension (TUT) which may be a key factor in creating a growth stimulus. Milos also uses a strategy when selecting the exercises for giant sets because the goal should be to hit the muscle from different angles. Otherwise, you may not be getting much benefit from picking the same exact type of movement for many sets.

He also used a variety of training methods and does the same with his clients too.

Milos Sarcev has eaten the same breakfast every morning for over 40 years.

Whole eggs or a combination of whole eggs and egg whites

It’s no secret by now that Milos is looked at as one of the greatest minds when it comes to training and nutrition.

Protein is one of the most talked about topics because, as most are aware, it’s the macronutrient that is responsible for the repairing and building of muscle tissue.

One of the common beliefs about this essential nutrient is that only so much of it can be absorbed and utilized.

However, Milos Sarcev argues that this is not true and any studies that have concluded this were done using untrained people or non-bodybuilders who are not exposed to intense weight training and breaking down of muscle tissues.

“You can absorb absolutely every gram you take,” the diet expert explained. “It’s impossible not to.”

He says that some amino acids from protein are used for muscle synthesis while the rest are utilized for other bodily processes.

The recommended daily allowance for protein is arguably very low for someone who engages in resistance training, and not to mention a high-level bodybuilding competitor or athlete.

The Yugoslavia-born coach is not suggesting everyone eat this much protein but he is a believer in eating more protein than what has been recommended by health organizations.

“I would give one gram per pound to every human being, I would go two grams per pound for any athlete that is doing weight resistance training and maybe hard gainers or somebody that really wants to push the limits, you can even increase it.”

You can watch the full explanation video here.

Also use our protein calculator to find your recommended daily intake.

Milos is a big proponent of the Hyperemia Advantage System Theory, an idea he’s claimed is his own.

He’s explained this concept in great detail and in short, the idea is to saturate the muscles with predigested anabolic/anti-catabolic nutrients such as amino acids, creatine, glutamine, beta-alanine, citrulline, and more.

He realized that training is the one time in a day when the most blood flows to the muscles and since blood carries nutrients, this could maximize results.

By combining these nutrients with carbs, this would allow insulin to help release them into the muscle cells. So Milos would come up with nutrient combinations for pre-, intra (during training) and post workout.

“My experience right away when I started doing this was mind-boggling pumps during the workout and retention post-workout.”

But Milos explained that this is even more potentiated with this training system that maximizes blood flow to the muscles using various techniques and methods.

You can watch the video below for more details on the Hyperemia Advantage System Theory.

The Serbian former bodybuilder has said that the biggest regret of his bodybuilding career was using synthol in his arms. Synthol is a site enhancement oil or temporary implant that is injected into muscles for the purpose of improving the size and appearance of a body part.

Milos’ clear weak point has always been his arms and it was no secret that he needed to bring them up to be competitive with the best in the world.

“I got my arms to 22 and a half inches,” Sarcev said in an interview. “Like oh! You know I was slow, but it changed the shape of the anatomy.”

However, what seemed so enticing and miraculous at the start eventually almost killed him, after he injected the oil directly into a vein.

Milos Sarcev came from very humble beginnings, once having to steal muffins and eat them in the grocery store because he could not afford food. However, he never gave up trying to make his dreams a reality and eventually became one of the most respected bodybuilders and coaches in the sport’s history.