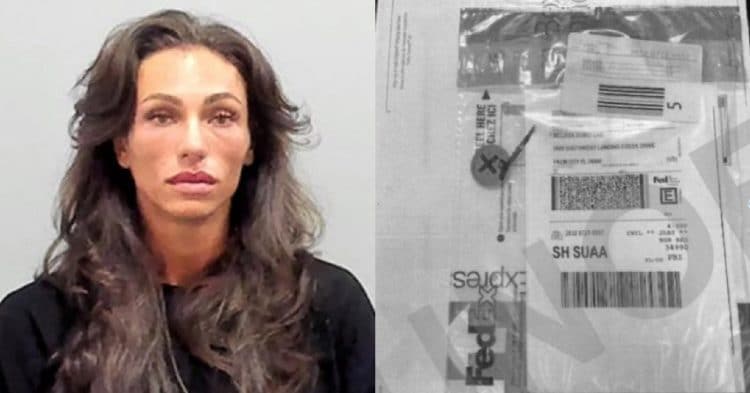 Melissa Bumstead is known for being an IFBB Figure athlete and social media influencer, among other things. However she has apparently found herself in hot water after being arrested for allegedly importing steroids.

Melissa has made a name for herself being a social media influencer, coach, and IFBB Figure Pro, as well as the wife of Men’s Open competitor Iain Valliere, and sister to Classic Physique Olympia champ Chris Bumstead. She has competed in a few events over the years, but has largely become known for her efforts on Instagram, amassing over 100k followers.

Now reports have emerged that the Canadian influencer has been arrested in Martin County, Florida, after being caught allegedly importing steroids into the United States. The report states that Customs randomly selected a package that was coming across the border from Canada to the US, putting it through extensive inspection.

Once it was discovered that the packaged allegedly contained multiple anabolic steroids, such as testosterone propionate, drostanolone propionate and oxandrolone and other prescription medication, Customs contacted the Martin County Sheriff’s Office. At this point, authorities followed the package to the address that was listed, with the package being addressed to Melissa Bumstead.

A detective covertly delivered the package directly to Melissa, with investigators saying that evidence on her hands points to her having opened the package. She was then arrested September 10th, on six felony counts of possession of controlled substance without a prescription.

It is worth noting that the address with which the package was delivered was connected to a limited liability company, which is registered to Chris Bumstead. However, at the time of writing, it does not appear that he has been arrested or charged with anything, meaning his spot competing at the Olympia in October should be secure.

As for Melissa, she was released from jail the following day, after paying an undisclosed amount for bail. At the time of writing there has been no comment on the matter, from her or her representatives.

Of course, Melissa Bumstead should be considered innocent until proven guilty, but if she is found guilty then she could be in hot water. Not only could she face time behind bars and/or monetary fines, but these felony charges involving transporting drugs across borders could very well prevent her from entering the United States again.

Stay tuned to Fitness Volt for more updates and coverage on this case as information becomes available.