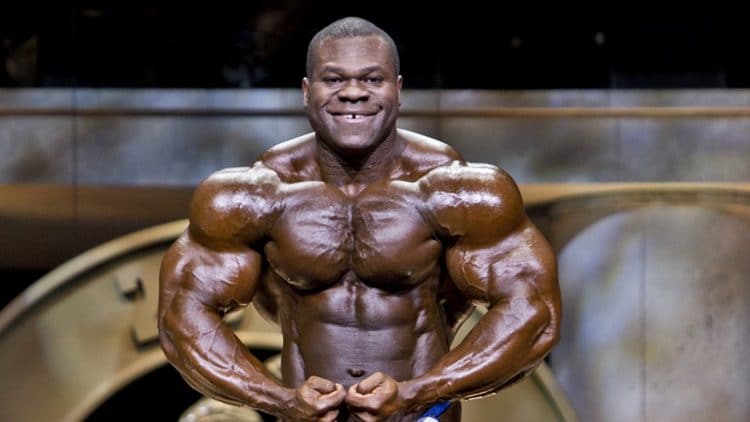 The 2021 Arnold Classic has a lineup that has been stacked enough to make fans water at the mouth with anticipation. Unfortunately the contest will be going on without Lionel Beyeke, after travel restrictions forced him from the event.

Hailing from France, Beyeke has been competing as a pro for well over a decade. While he has just one pro win in this time, each competition he appears in is only made better by his inclusion on the roster, due to his impressive physique and stage presence.

Lionel was set to take the stage for his second appearance since 2018, by competing at the Arnold Classic later this month. However he revealed in an Instagram post that, due to the travel restrictions preventing him from traveling from France to the United States, he will no longer be able to compete, missing his second straight Arnold.

“I had planned to make 2021 a special year because of all the difficulties brought on by the pandemic. I prepared for competitions and even changed my coaching team and strategies to be in the best shape of my life.

My good friend and brother @georgefarah_guru is still the main man for my technology and I acknowledge his significant contribution thank you brother 🙏🏾,” Beyeke wrote.

“Unfortunately, the scourge of the virus has prevented French citizens from gaining entry into the US in time for me to compete and achieve my objectives. One of these objectives that I have not been able to fulfill is to be able to participate in the Arnold Classic 2021 this year. This is a regret that I must put behind me as I continue to work hard to be even better for the upcoming competitions which I hope to be be able to attend…

I know that this year has also had setbacks but I press on with the hope that things must get better as I and my team believe in the Almighty God and ‘who God bless, no man curse’.

Thank You Very Much” Beyeke added.

This is obviously extremely disappointing news to hear, especially for fans of Lionel Beyeke. As previously stated, he has only been able to compete once in three years, coming in fifth place at the 2020 Romania Misclefest Pro show, so fans were excited to see him back on the stage again, competing at the Arnold Classic.

Nevertheless this competition will go ahead, taking place September 25th, in Columbus, Ohio. Even with Lionel no longer competing, this is still a contest that is full of big names, and will be well worth watching.