At 49 Years Old, Method Man Is In The Best Shape Of His Life 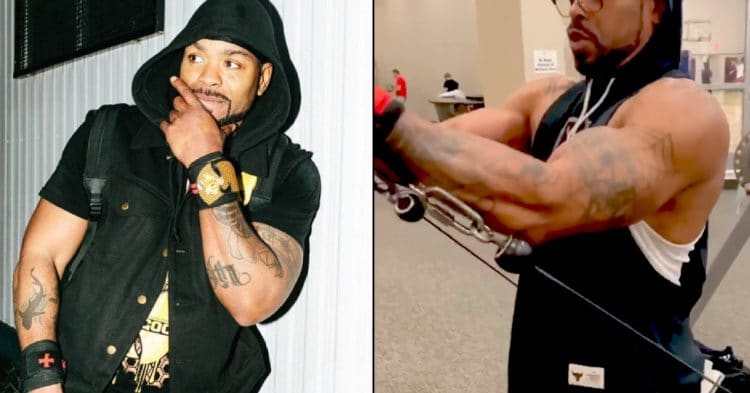 Method Man has used fitness as a big part of his life. Now he hopes to use his journey as an inspiration to help others reach their goals.

Method Man has experienced a ton of things, in his travels around the globe. Starting off as a member of the famed rap group the Wu Tang Clan, he has since transitioned to the world of acting. Now he has appeared in such shows as the Wire and the Good Guys, becoming a well known face both in music and film.

Despite having experienced a lot in his life, Method Man is still constantly growing as a person. For example, in recent years he has discovered quite the love for fitness. In fact, due to this love for exercise, he is gotten into great shape. As this Instagram post shows, at 49 years of age, he is perhaps in the best shape of his life.

Method Man looks absolutely jacked here. It is clear that he has been putting a lot of work on his arms, as they are looking quite bulky.

Although that is not the only thing he works, as he showed a couple of months prior. Here he is, blasting through a 315lb bench press triple:

As he explains, the goal for sharing these progress videos is not to brag. Instead, Method Man looks to inspire others to achieve their own goals. Honestly it would be hard to not be inspired by his progress, and the ease with which he hit the bench, especially at his age.

Method Man is just another perfect example of how it is never too late to start chasing your fitness pursuits. Nearly 50 years old, and he has found joy in the process of hitting the gym. Not to mention, it is a good way for him to look ripped too!

Method Man, real name Clifford Smith Jr., is widely respected as one of the most influential rappers of all time....