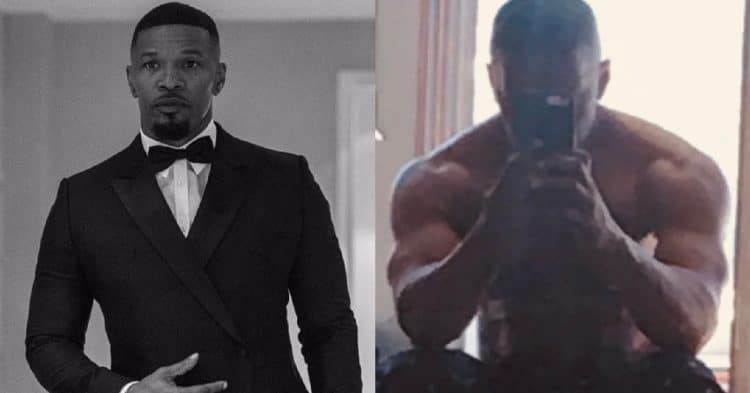 Oscar award winning actor Jamie Foxx will be portraying boxing legend Mike Tyson in an upcoming movie. In the preparation for this role, he gave a sneak peak of the changes he has made to his physique, and it is safe to say he looks awesome.

Foxx has seen himself in a wide variety of roles over the years. He has taken on everything from playing Ray Charles, to being a villain in a Spiderman movie. He has never been opposed to acting in a range of roles, from action to drama, and comedy.

It seems that Jamie Foxx will be playing the part of Mike Tyson, in an upcoming biopic. The film, which has been in production since 2017, will see Foxx assume the role of the boxing legend, and as such he has been forced to get as close to the physique Mike had back in the day. Speaking in an interview with TMZ, he gave a sneak peak of his jacked frame while explaining the work he had been doing.

According to Foxx, he has been doing 60 pull-ups, 60 dips, and 100 push-upsa day to prepare for this part. The effects of all this upper body work is evident in the brief, blurry look we get at a picture of Jamie. It is clear that he is looking absolutely massive, at least for his torso.

That being said, it seems that it will be all upper body for Jamie Foxx. Apparently he is having a hard time adding muscle mass to his legs. Therefore, he will be using prosthetics for his legs, to make them look the part.

Jamie Foxx will apparently be playing Mike Tyson at different points in his career. This will require him to go from a bodyweight of about 216lb, and bounce up to a weight of around 230lb, which will make him appear the size of “Iron” Mike in his prime. This, combined with the unique way that Tyson speaks, will really sell the part. However Jamie has been able to mimick Mike Tyson since all the way back in 2015.

There has been no timeline revealed, as to when this movie will come out. However it seems that Jamie is working ultra hard to prepare for it, and is looking to deliver the best he can on an authentic Mike Tyson.