Video has surfaced of Nathan De Asha being arrested by police, and while in handcuffs, apparently assaulted by those officers 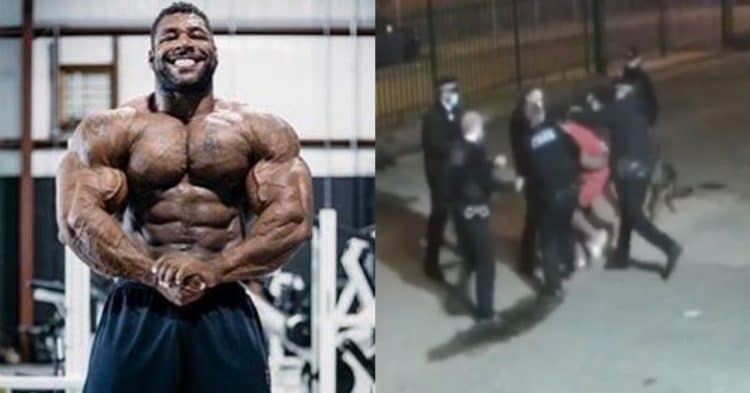 For the last several months, Nathan De Asha has been waging a bit of a war with local law enforcement. Now it seems things have taken a bit of a dark turn, as he was seen to have been assaulted by officers while in custody.

Things have been tough for gym owners everywhere during the global pandemic, and De Asha has been no exception. He has repeatedly been seen having law enforcement called to his gym, even after he stopped allowing patrons.

The IFBB Pro bodybuilder has found himself protesting local orders to stay shut down, months into this pandemic. He is not the only one to have these issues, with others being handed hefty fines for staying open.

However it seems that things have gotten a bit ugly in the case of Nathan De Asha. He posted a video to his Instagram of him recently being placed under arrest by several police officers.

The exact context of the video is unclear, but what it does show is an already handcuffed Nathan being kneed in the stomach and tackled to the ground by several police officers. They even brought in a police dog during the scuffle.

“what the news doesn’t show you .

Now as previously stated, there is a lot of context missing from this situation, so it is important to hold off on jumping to conclusions. Nevertheless, this is certainly a bad look, considering De Asha was detained when the assault occurred.

Nathan has not provided any updates since this, to explain what condition hie is in, or why he was under arrest. Hopefully he is not too seriously injured, especially given the circumstances of the assault.

At this time, there is no word as to if his arrest was related to De Asha keeping his gym open. Although it is worth noting that just the day prior, he was seen attending a rave that clearly was in purposeful violation of social distancing ordinance, so it could be related to that too.

Regardless of the reason for his arrest, there is no excuse for Nathan De Asha to have been assaulted while handcuffed. From what we could tell in the video, he was not providing any type of threat, even if he jump lunge forward at the officers, as his hands were restrained behind his back.

In the sensitive social climate right now, this type of violence is met with even more backlash than ever before. Hopefully we can more details on the situation soon, so we know what went down.

The Chin-Ups For Size and Strength Guide