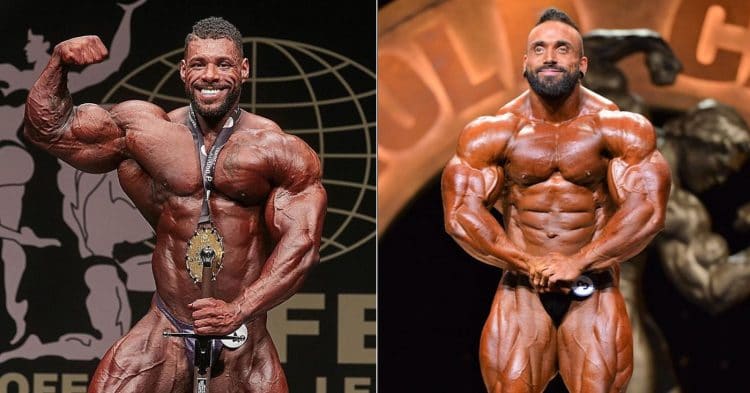 Nathan De Asha competed alongside Luke Sandoe many times. Now the fellow Brit mourns the loss of his fallen comrade, reflecting on the relationship they had together.

Judging by what you know about the relationship between Nathan and Luke, you may think they were bitter rivals. The two were from the same region, and had traded barbs back and forth over the years. Without a doubt, when these two were on stage together, you could feel the tension and competitive energy between them.

However, a new perspective on their rivalry was given in the wake of the shocking news that broke today. At just 30 years old, Luke Sandoe tragically passed away. This news shook up the bodybuilding world, including Nathan De Asha. He took to Instagram to share a lengthy and emotional message reflecting on his relationship with Luke, and mourning his passing.

“It’s the most unforeseen, unimaginable and distressing news I’ve heard in a very long time.
Many of you will wander why I’m even posting. You may think that there was major rivalry between @lukesandoe and I. And on stage, that is true of any athlete. That’s why we do what we do. We train to win. That said, behind closed doors, nobody out there is privy to the conversations I have shared with brother Luke. Behind the scenes, we supported and motivated each other and that sums up our special relationship. Not everything we do has to be aired in public. What you see online is purely media that been spun to keep some level of interest in the sport. I knew that when we’d next meet on stage, he’d most likely give me a run for my money and I’m not ashamed to lose to a man whose work ethic and morals are phenomenal.

I feel like a massive part of me has left me. Not just me, the entire industry of bodybuilding. Luke’s career was on the rise and he was doing great things in his personal life, on social media and on the stage. You only have to see him placing 3rd at last years Arnold’s to see what a powerhouse he is.
I ask the entire Uk and international bodybuilding fraternity to pull together and offer they’re love and prayers to a man who was a champion on stage and one in life… If we can in anyway support his loved ones, whether it’s a chat, a conversation or any thing else, we are all here for them… He is now at peace and his soul will live forever in the skies around us….”

Bodybuilder Luke Sandoe Has Passed Away at 30:

It is heartwarming to see Nathan De Asha be able to let bygones be bygones, in terms of his rivalry with Luke Sandoe. It is safe to say this news came as a massive shock to everyone. The outpouring from the community has made it clear the type of impact he had on the sport.