Nick Walker remembers the late bodybuilder and one of his inspirations following a guest posing appearance at 2021 East Coast Championships. 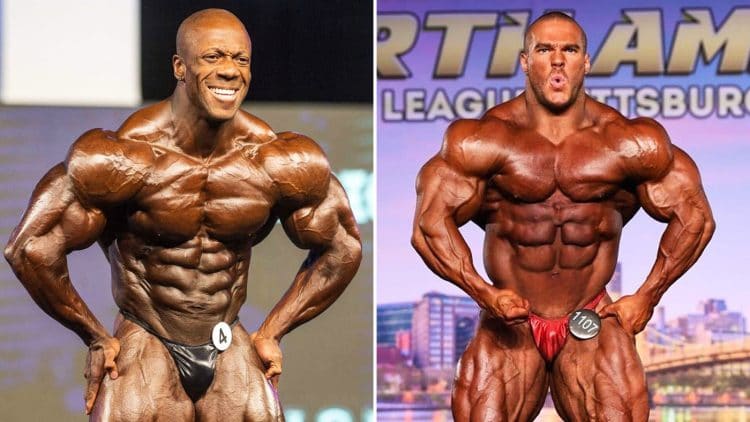 The very recent death of 2018 Mr. Olympia winner Shawn Rhoden really shook up the bodybuilding community. According to many reports, the 46-year-old suffered a heart attack. Many have paid tribute to their friend and one of the greats. 2021 Arnold Classic champion Nick “The Mutant” Walker and Olympia top 5 finisher addressed the crowd with an emotional tribute in honor of the late competitor and father after a guest posing routine at the 2021 NPC East Coast Championships on Saturday.

“I want everyone for me please and everyone to take a moment of silence for the passing of Shawn Rhoden.”

A great bodybuilder but an amazing father and person most importantly

Walker started off by remembering what a great person Shawn Rhoden was. While “Flexatron” did cement his name in bodybuilding history by winning the biggest title in the sport in 2018 after defeating 7x champ Phil Heath, anyone who knows Shawn said he was just a great person. He was also survived by a daughter of who he was an incredible father to.

“Shawn Rhoden was not only one of my favorite bodybuilders and not only because of his shape and how he looked but who he was outside of bodybuilding. Great person, very caring, and a great father.”

Cherish your loved ones…

“So let this be a lesson that tomorrow is never promised and to always, always live in the moment,” he said.

Walker also wrote the following caption to go along with the post.

“R.I.P let’s all hug all loved ones a little extra not just today but everyday.”

Listen to the tribute below…

Before the tribute, Walker also shared an inspiring message about his journey to 2021 Arnold Classic Champion and being a top Open division bodybuilder.

He’s accomplished so much in the short time he’s been a professional bodybuilder, earning his Pro card last year and winning the prestigious Arnold in September before taking 5th at the Olympia a few weeks later.

The Mutant’s rise has been one of the most talked-about in recent years and it really does prove that hard work, perseverance, and believing in yourself is key to success.

“It just goes to show if you block out all the negativity, put your head down, and work harder than everyone it will get noticed.”

Too many deaths Too Soon

There’ve been much too many bodybuilding deaths recently with Shawn Rhoden being the second person to pass away in a little over a month. The death of Classic Physique and 212 bodybuilder George Peterson came as a major shock just days before he was going to step on the Olympia stage.

Our prayers go out to the loved ones and supporters of these legendary competitors who went way too soon.

Arnold Press Vs. Dumbbell Shoulder Press – Which One Should You Do?