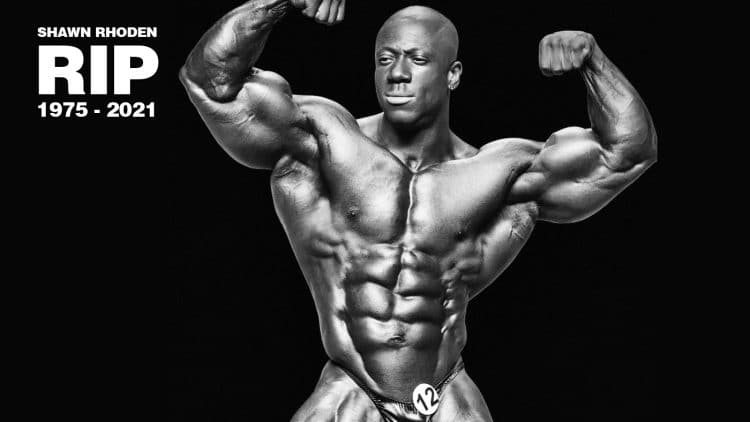 Former Mr. Olympia champion Shawn Rhoden has passed away at age 46. Rhoden was born in Kingston Jamaica on April 2, 1975, and reportedly died on November 6, 2021.

While we do not have much information on his death, our sources have reported a heart attack as the cause although we will be sure to update with more details. Shawn Rhoden left behind one daughter.

This is one of many recent deaths in the bodybuilding community with Classic Physique and more recently 212 competitor George Peterson passing away right before the 2021 Olympia.

Shawn Rhoden is also now one of four Mr. Olympia champions to have passed including Sergio Oliva, Larry Scott, and Franco Columbo, all of who died within the last 10 years.

While he started off with aspirations to become a soccer player in his youth, Shawn Rhoden would trade in his cleats for posing trunks after starting his bodybuilding journey in 1992, two years after coming to the United States.

After many injuries and following alcohol addiction mainly due to the death of his father Lloyd, “Flexatron” earned his Pro Card in either 2009 or 2010. He quickly made a name for himself climbing the ranks impressively before eventually becoming the oldest Mr. Olympia champion in history, winning the prestigious show in 2018 at the age of 43 and five months old and defeating 7x champion Phil Heath in the process.

Following his big win, Rhoden fell into some legal trouble after sexual assault accusations and was immediately banned from competing at the Olympia. Although, there were some rumors he’d possibly compete again at some point.

This is still a developing story we will be updating this article as more information from this breaking news story emerges.  Fitness Volt would like to offer our deepest and sincerest condolences to the family and friends of Shawn Rhoden.

Sumo Deadlift Vs. Conventional Deadlifts: Which is Best?