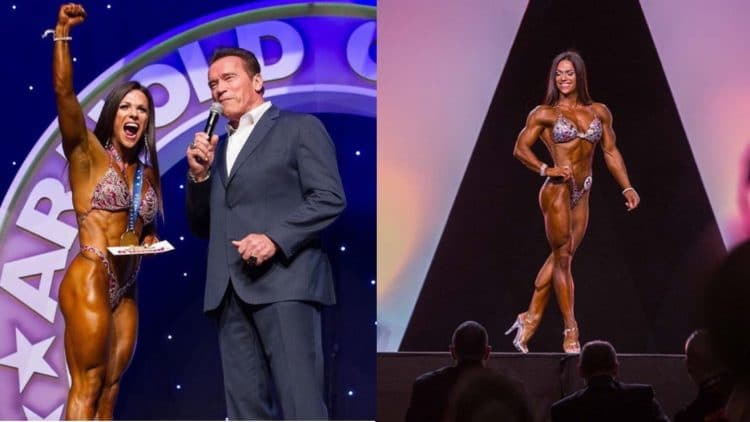 Oksana Grishina is one of the most legendary female fitness competitors in the world today. She will be returning to action next year, at the 2020 Mr. Olympia.

Grishina is perhaps the best female fitness bodybuilder the world has ever seen, and she is more than just looks. She has won multiple championships in her career, including several Arnold Classic titles, as well as the Fitness Olympia championship for four straight years. However, in 2017 she chose to retire from the sport, much to the surprise and sadness of many.

Nevertheless it appears this retirement will not last long, as Oksana Grishina has announced that she is making a comeback. According to a recent Instagram post, she will be returning to action for the first time in over two years, at the 2020 Mr. Olympia. Here, she will look for yet another fitness Olympia championship.

“Fitness Icon Oksana Grishina to Return to Olympia in 2020

After winning her 4 th straight Fitness Olympia title in 2017, Oksana Grishina announced her retirement from fitness competition. One of the greatest fitness champions of all time, Grishina earned a reputation for her jaw-dropping routines and show stopping performances. Following a two-year absence, Grishina has decided she’s ready to return to the stage, adding her name to the 2020 Fitness Olympia lineup in September. “For me, it was never about winning titles.” Explains Grishina. “It was about performing for the fans and giving them something truly special. The Olympia is the most prestigious event in the world and I am so excited and honored to return to Las Vegas to compete along side the best of the best.”

Dan Solomon, Chief Olympia Officer, adds “Grishina is quite possibly the most talented IFBB professional athlete to ever compete in any division, on any stage. Her showmanship and athleticism are legendary and we are excited to welcome her back to the Olympia. The 2020 Olympia lineup, in all divisions, will be unlike anything we’ve ever seen. This is only the beginning.” The Russian born fitness star has also gained popularity in Pole Fitness competition, a sport that has grown rapidly in recent years. Grishina’s “OG Pole Fitness” event has become a popular attraction at the Olympia Expo.”

Seeing Oksana Grishina back in action after all this time will certainly be exciting. She has stayed busy in her time off, so it will be interesting to see how she looks upon her return.

CrossFit Masters – Benefits of Pushing It Past 40