Life and Accomplishments of Oksana Grishina 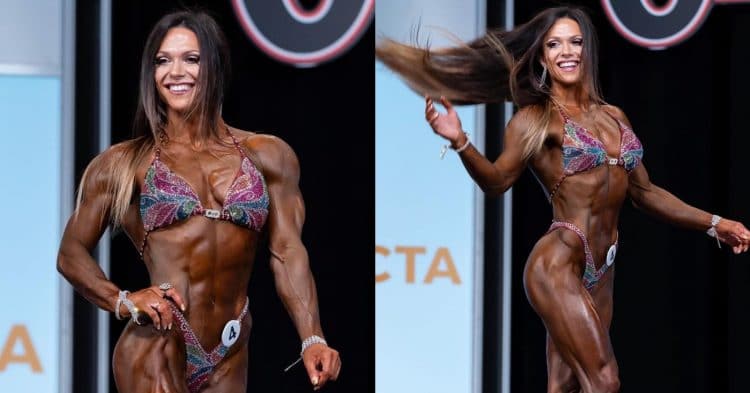 Born in Kaliningrad, Russia, Oksana Grishina was enrolled in gymnastics at an early age. When she was seven years old, her mother signed her up for classes to give her an outlet for her energy.

Despite being a late starter for the sport, she found decent success from the start. Shortly after taking the classes, she entered her first competition, which she won.

Unfortunately, when her father’s job forced them to move, it made her gymnastic endeavors more difficult. Instead of going with her parents, Oksana took her coach’s offer to stay there and keep going to gymnastics classes.

She spent a lot of time walking and taking a bus to school and gymnastics classes, leaving her little time to see her parents. However she would eventually go with them to Kaliningrad, where there was another gymnastics school that she could attend.

Continuing with gymnastics throughout school, after graduating she attended college. She earned a degree as a specialist in Physical Training and Sports in 2000.

For a while, Oksana put all of her focus into gymnastics and dancing, teaching classes and even organizing her own ballet. Then, when Kaliningrad’s first gym opened up, she was tasked with being a fitness instructor.

It was here that people began to encourage her to start pursuing bodybuilding as another outlet. Friends at the gym persuaded her to enter her first bodybuilding show in 2005, and did not look back after that.

The first time Oksana Grishina took the bodybuilding stage was at the 2005 European Championships, where she won the first place in the Overall Fitness Division. She then turned around at the 2006 World Championships to earn her Pro Card by winning the same division.

The following year would see her make her pro debut at the All Star Pro Fitness show, before competing at the Europa Super Show, scoring 3rd and 16th respectively. This would score her an invitation to the 2007 Olympia.

This Olympia debut served as a learning experience for Oksana, who scored 7th place. She continued to grow over the next several years, competing in two subsequent Olympias and three Arnold Classics, scoring as high as fifth in each.

Things began to change for her in 2012 though, as she finally developed her physique and her Fitness routine into one of the best in the world. This year left her competing six times and winning her first two pro shows.

Oksana continued to improve, and in 2014 won her first Arnold Classic. This was then followed up by what ended up being the first of four Ms. Fitness Olympia victories.

In 2017, after winning the Fitness Olympia for the fourth time, Grishina decided that she wanted to retire. However she opted to return to action in 2020, and came back to earn a respectable 2nd place at the Olympia.

Read also: Oksana Grishina Reveals Reason She Is Returning For One More Olympia

Aside from her extensive experience and success as a Fitness competitor and gymnast, Oksana Grishina also appeared on America’s Got Talent. While her audition did not make it to television, she did move on to the Judge Cuts.

She used her skills as an athlete to use contemporary dance to make it to this stage of the competition. Unfortunately she did not advance to the quarterfinals after this, being eliminated from the competition.

Naturally, Oksana Grishina takes her training very seriously. She hits the gym six days a week, while doing cardio twice a day. This allows her to maintain and building her physique, sculpting it as needed for competition.

Typically, Grishina puts a tremendous amount of focus into her abs, working on them on an every other day basis. Additionally, she trains flexibility several times throughout the week, which boosts her ability in her stage performances as a Fitness competitor.

This is Oksana’s weekly training split:

Friday (Back and Abs)

While she always makes sure to eat clean, Oksana Grishina is not one to limit how much she eats in a day. Of course she will not go overboard, but she typically eats 5-6 times a day, and sometimes more if she feels it necessary.

She feels it important to eat meals that satisfy you, without making you feel full. This type of clean eating trains the body to get used to the intake, while keeping her metabolism moving as she works through the day.

Below is the daily diet of Oksana Grishina:

When it comes to her supplement stack, Oksana keeps things fairly simple. She takes the bare minimum, in terms of vitamins and fat burners. This is her daily supplement stack:

Without a doubt, Oksana Grishina is one of the most recognizable faces in all of Fitness bodybuilding. She has used her lifelong love for gymnastics to help propel her to great highs within the sport.

Aside from her competitive endeavors, she is still one of the most popular athletes out there. She has shown time and again, what perseverance and a never-say-die attitude can get you, and it has resulted in a large fanbase for the Russian.

For 15 years between 1980 and 1994, Ms. Olympia was the only division pro female bodybuilders could compete in at...