Olympic weightlifting is one of the best ways to increase muscle power and strength. While you could just include some power cleans in your workouts, you’ll get better results if you dedicate yourself to learning and practicing the Olympic lifts. Use this guide to get started with this fun and effective type of training. 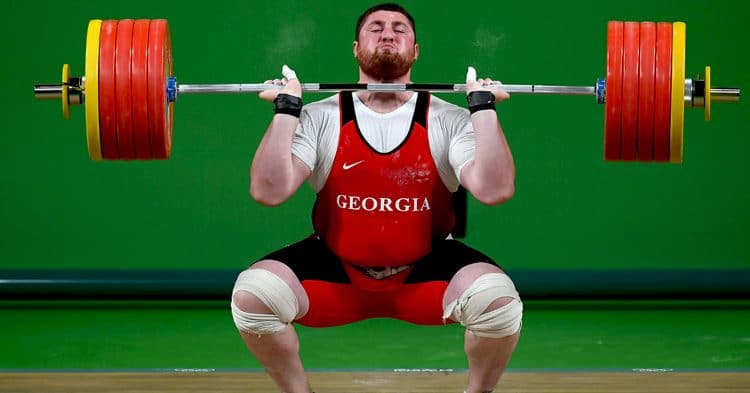 Olympic weightlifting is the original strength sport. Before powerlifting and bodybuilding were officially recognized, Olympic lifting was a popular activity.

There are two official Olympic weightlifting disciplines, the clean and jerk, and the snatch. Both of these moves involve lifting a weight from the floor to overhead, albeit with very different techniques.

There used to be a third Olympic lift – the clean and press, but this was dropped in the 1960s because of safety concerns. The press was done strictly, with no extra leg drive. To lift more weight, athletes would often lean back and do a sort-of freestanding bench press. Injuries and difficulties in judging meant this lift was dropped from competition and never replaced.

In modern Olympic lifting competitions, athletes get three attempts at each of the two movements. The winner is the weightlifter with the highest total from their best snatch and clean and jerk. The snatch is always done first.

The Benefits of Olympic Lifting

While Olympic lifting is a stand-alone sport, a lot of athletes use the Olympic lifts in their training, even if they don’t lift competitively. That’s because both the clean and jerk and the snatch offer so many benefits.

Power is force generated at speed. In other words, it’s your ability to move heavy weights quickly. It’s the difference between a slow, heavy squat and a high-speed squat jump. The Olympic lifts are performed explosively, and that will increase muscle power. Power is an integral part of most sports, which is why a large proportion of athletes include Olympic weightlifting exercises in their workouts.

You should not expect to master the Olympic lifts overnight. The snatch and clean and jerk are complicated, full-body exercises that involve a lot of coordination. But, with practice, you’ll get better at both of these moves as you get stronger, and your coordination improves. Coordination is your ability to control your limbs and move them accurately.

Both Olympic lifts are full-body movements. They start with a powerful knee and hip extension and also involve the lower back and core, shoulders, and arms. The only muscle group that doesn’t do a lot of work in the Olympic lifts is the chest.

If you are short of time but still want to train most of your major muscles, an Olympic weightlifting workout could be the solution.

Because the Olympic lifts are explosive, they target your type 2b fast-twitch muscle fibers. These are the muscle fibers responsible for size and growth. Olympic weightlifters aren’t usually as big as bodybuilders, but they aren’t too far behind, and that’s in spite of the fact that they don’t typically do any traditional bodybuilding exercises.

Read also: Want To Get Strong? Give Olympic Lifting a shot.

What are The Drawbacks?

While the Olympic lifts can definitely be beneficial, there are a few drawbacks to consider too. The main ones are:

The snatch and clean and jerk can be hard to learn. You’ll need to develop a decent technique before you think about lifting heavyweights. That means, initially, at least, you’ll have to settle for easy workouts because lifting too much weight too soon could result in injury.

The good news is that there are simplified versions of the Olympic lifts that are easier to master, such as the power clean.

If you are serious about learning the Olympic lifts, you may need to work with a qualified coach.

A lot of gyms don’t have the equipment required for Olympic lifting. You’ll need:

Olympic lifting training invariably involves dropping weights from overhead to the floor. Improper equipment will break, and no lifting platform means you’ll also damage the floor. Because this equipment is specialized (and expensive), you probably won’t find it anywhere apart from proper Olympic lifting gyms and some CrossFit boxes.

As well as this equipment, you’ll also need weightlifting shoes. Weightlifting shoes have a raised, solid heel that allows you to squat deeper. They won’t distort under heavy loads, so you should also find it easier to maintain your balance. Most also have metatarsal straps to keep your feet stable and locked in position.

While Olympic lifting is not the most dangerous sport, lifting and balancing heavy weights overhead can cause injury. If you lose your balance while squatting or standing under a heavy bar, you could be seriously hurt. Unlike powerlifters, Olympic lifters do not use power cages, so a missed lift could be catastrophic.

Most established lifters are very good at “dumping” the bar if they are unable to complete a lift. This means dropping the bar as they jump out from beneath it. Such a maneuver requires a lot of mobility, good timing, speed, and even bravery! 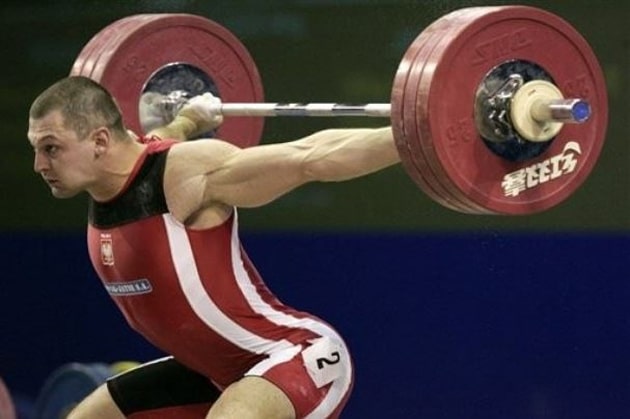 While it’s beyond the scope of this article to teach you how to snatch and clean and jerk with perfect form, we’ll provide you with the basics to get you started. Entire books have been written about these movements, so we can’t do justice to them within the confines of an article.

That said, if you are serious about learning and mastering the Olympic lifts, you should seek out an International Weightlifting Federation coach or join a weightlifting club.

The snatch is arguably the hardest of the two lifts to learn. It involves lifting the bar from the floor to overhead in one movement, often catching the weight overhead while in a deep squat. It’s such an athletic movement that the snatch is sometimes referred to as gymnastics with weights.

How to do the Snatch:

Getting Better at Snatching

Things to remember that will improve your snatch include:

The clean and jerk is a two-part lift. The clean involves lifting the weight from the floor to shoulder-height, while the jerk is a sort-of push press during which the bar goes from shoulder-height to overhead. It’s a little easier to learn than the snatch, but still a challenging lift to master.

How to Clean and Jerk:

Note: The split jerk is the most efficient way to get the weight up and overhead, but some lifters prefer a push-jerk. This requires less flexibility and balance, although it may ultimately limit the amount of weight you can lift.

Getting Better at The Clean and Jerk

Things to remember that will improve your clean and jerk include:

The best way to get better at the Olympic lifts is to a) practice those lifts, and b) do accessory exercises that will positively impact your strength/technique.

With those factors in mind, here are two Olympic lifting programs designed for beginners, one for snatches and one for clean and jerks. They both include the specific Olympic lift as well as more common strength training exercises to boost your performance.

A lot of Olympic lifting programs specify how much weight you should lift based on your current one repetition maximum or 1RM for short. That’s fine for experienced lifters who know their 1RM, but impractical for novices who don’t know how much they can lift.

For this program, with the Olympic lifts, increase weight set by set until you notice your speed starting to slow down as you near the specified number of reps. If you feel like you are grinding out the reps, the weight is too heavy.

It’s better to lift a lightweight quickly than a heavyweight slowly. Initially, at least, you should focus more on your technique than the amount of weight you are lifting.

You’re only going to do sets of three reps in the Olympic lifts, but six sets in total. This means you won’t have to worry about fatigue affecting your technique, but will still get plenty of practice at each lift. Repetition is the best way to master a new exercise – something a lot of coaches call greasing the groove.

For the other lifts, choose a weight that takes you close to failure within the specified rep range.

Do each workout once per week, e.g., Monday and Thursday, or, if you want to train more frequently, hit the gym three times per week, alternating workouts each time you train, i.e.,

Before each workout, spend a few minutes warming up. Do some light cardio, followed by dynamic stretches and mobility exercises for all your major muscles and joints. Also, practice the Olympic lift day using an empty barbell or just a wooden pole.

*AMRAP = As Many Reps As Possible

Whether you are looking to improve your performance for sports, build muscle in a new way, or take up and compete in weightlifting, this article should help. The Olympic lifts aren’t easy to master, but they are very rewarding. Like heavy deadlifts and squats, they’ll help build a body you can be proud of. Including them in your workouts will add a lot to your overall development and athleticism.

As with any new lift, the Olympic weightlifting exercises take time to learn. In fact, the snatch, and clean and jerk could be two of the most technically challenging exercises you can do. But, with practice and perseverance, you should be able to do them with at least passable form and impressive weights.

But, when learning these lifts, light and fast is always better than heavy and slow. Leave the grinders for big squats and bench presses. If you can’t lift the bar explosively, it’s too heavy for you. Build your speed and power first – the heavyweights come later!