Patrick Bet-David puts the Olympia on blast for their lack of marketing skills, and talks to Phil Heath about starting a podcast 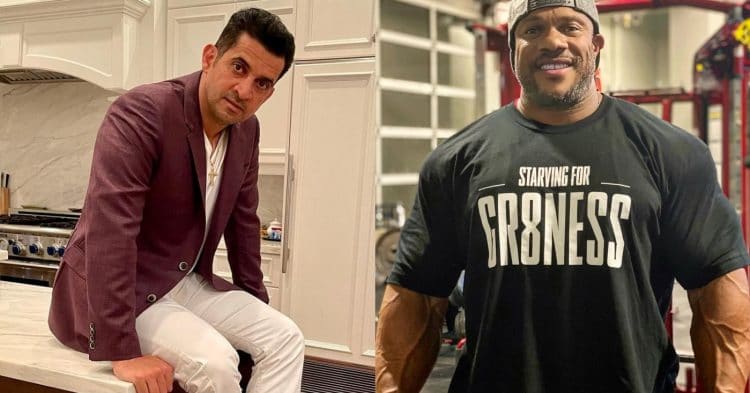 Over the years, Patrick Bet-David has been open about his mixed feelings with the people who run the Olympia. He was back at it again recently, and this time he went after the organization for their lack of promotion within the sport.

In his time talking about the sport, Bet-David has had both positive and negative things to say about the athletes, and the organization. Lately though, he has trended more on the critical side of his opinion on the current state of bodybuilding.

This was seen again recently, when Patrick was discussing the Mr. Olympia contest, which is biggest annual event in the sport. In a recent podcast episode, he criticized the way the organization handles their social media promotion of the events, while explaining that the contest could really be brought to the next level if there was another high level contest to challenge and push the Olympia

“Just a crazy thought to throw out there,” Bet-David said. “There’s something about the Mr. Olympia that needs competition. I don’t know why, I just feel it needs somebody to ruffle the feathers a little bit. I think it’s a little bit too political. I’d love to see somebody come out there and stir the pot…

“I don’t even know if there is a big audience for bodybuilding or not,” he continued. “Mr. Olympia, how big of a brand is that? Massive brand. Arnold, Lee Haney, they have footage from everywhere. How many subscribers do you think Mr. Olympia’s YouTube channel has? … I don’t know what they’re doing over there.

“Here’s a brand, who the hell is running this thing that can’t even figure out how to get more than 31,000 subscribers? If I’m a bodybuilder representing a brand like that, you’ve got to do a better job marketing,” Bet-David continued.

“All the footage they own, they don’t even know how to market a brand like this. Anyway, I hope the new guy does something about it, Jake Wood, I’ve heard good things about him. But I think there needs to be some kind of a shake up there.”

Later in the show, Patrick Bet-David welcomes 7-time Mr. Olympia champ Phil Heath on the show. After making it clear that the above stated opinions on the contest are his own opinion and not Phill’s, Patrick talks to the champ about a variety of things related to mask mandates and the pandemic.

However towards the end of the episode, Patrick tried to convince Phil to start a podcast of his own. He feels that the bodybuilding legend has enough stories to tell, and a smart and interesting perspective to give, and would make interesting content.

“It would be interesting if you ran your own podcast, what that would look like,” Bet-David said. “Because you’ve got strong opinions, and at the same time you’re coming from a different lens. A guy that’s got a degree.

“You would look at a Phil Heath and you would think he’s just a meathead. Guy’s got a degree with engineering… 7 time Mr. Olympia, and at the same time he’s got strong opinions for myself, and he’s independent. It’d be interesting if you had your own podcast.”

Do you agree with Patrick Bet-David on his assessment on the Mr. Olympia? Would you watch or listen to a podcast hosted by Phil Heath?