Life and accomplishments of Zahra Elise 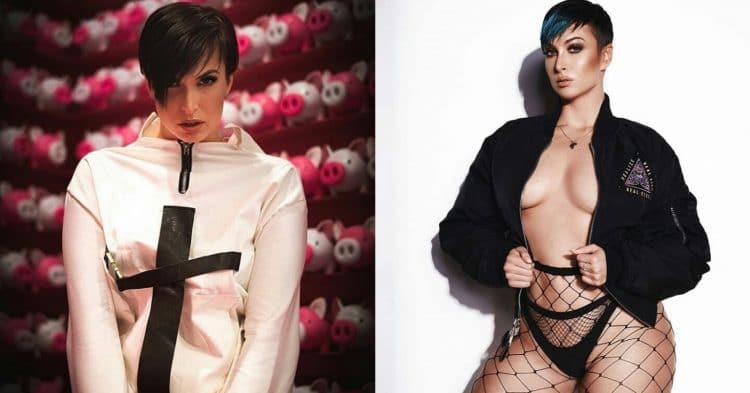 Today, Zahra Elise is a fitness model and social media influencer extraordinaire. She comes from a humble upbringing that she describes as “messed up.” She turned that into a life of service, starting with the United States military. She takes her love of fitness to the public and shares her energy with the world in a different way.

Zahra Elise is an American-born fitness model and oldest of six children. She has referred to her life as “messed up,” but speaks rarely of her family today. As she grew up, she became someone who wanted to keep her family life private.

She did however once take a DNA test to learn more about herself. The results revealed that she is part Choctaw Native American, North African, Japanese, and she has some Middle Eastern descent in her blood as well.

After high school, Zahra Elise joined the United States Navy as a means to better her life. Today, she is considered a social media bombshell. She’s known to not be shy about showing off her curvy figure. In very little time, she became a social media influencer who is now known around the world.

Zahra Elise was born in Virginia and grew up as a tomboy. She didn’t like girly things but enjoyed the outdoors. She liked doing the things that boys liked to do, roughhousing, some sports, and enjoying the fresh Virginia air whenever she could.

By the time Zahra finished high school, she wanted to try service. She joined the United States Navy and spent four years as a jet mechanic.

After the military, Zahra began to get a little more girly and took an interest in modeling. She would look at pictures in magazines, and wanted to do that. So she did. It soon became a full-time job. Zahra also does have some interest in being an actor and has taken some lessons in that regard.

In addition to being a fitness model and Navy vet, Zahra Elise is also a businesswoman. She has several products on the market, which include a lingerie line, and a marijuana brand that she markets on Instagram with the tagline, “Dope Sells Itself.”

Zahra has a number of training methods and is not shy about showing off her physique to her 1.5M Instagram followers. She uses heavyweights to work out and prefers to focus on lean muscle growth. Her sets will include 8-12 reps, and she often performs 6-12 sets for each body part that she is working on that day.

Zahra Elise’s training program is not as regimented as some athletes, but she prefers it that way. She will have a light day one day, and a heavier day the next. She does have a personal trainer named Alvin and is frequently posting YouTube videos of their workout sessions.

For glute and leg training, Zahra Elise performs the following:

Some of her workout sessions can be found on YouTube. In one workout with Alvin, Zahra did legs, abs, and glutes work, starting with kicks to warm up. Then, for legs and glutes, she did some squats, jumps, and leg presses as the bulk of her workout.

In another of her YouTube videos, Zahra Elise worked out in Miami with Alvin, using resistance bands for her leg work.

She uses a band around her thighs and does a few sets of stepping forward and back, and laterally. Other exercises she performed in the aforementioned session were leg lifts with bands.

Related: Safety Bar Squats: Everything You Need to Know About This Amazing Leg Workout

In her Ab challenge video, Zahra began by lying on the floor on a mat. She lifted her legs upwards and into her abs. Then, she kicked them out straight in front of her, before pulling them into her abs again, and lifting them both at the same time above her. When she lifts her legs, her glutes come off of the floor giving her legs, abs, and glutes a workout at the same time. Her back stays flat on the floor the entire time, and her arms remain at her sides with her palms on the floor.

These warmups or workouts are very similar to yoga poses.

In another workout for the ab challenge, she laid on her stomach and then lifted herself up to an almost downward dog pose, but it is also very similar to a push-up pose.

Instead, though, she raises herself higher off the ground, with her elbows on the floor. Her body is shaped almost like an upside-down V. She lifts one arm at a time over her head, stretching it over her head and holding it straight towards the ceiling. When she does, she moves her body on an angle to get the abs worked out.

Zahra Elise does not post all of her nutrition tips, but she does prefer to eat lean. She also has a diet that is ripe with fruits and vegetables, and she does pay attention to micronutrients.

Zahra Elise prides herself on being a private person. We do not know her relationship status, but she did have a friendship with Olympic Gold Medalist Usain Bolt at one point. He posted one of their interactions on social media once, and it created a storm that got picked up by TMZ.

At the time, Bolt was involved in a relationship already. The video that he posted showed some chemistry between him and Zahra. Zahra was telling him that she missed him as well, but has repeatedly stressed that they are just friends.

Overall, Zahra Elise is living a life of a strong woman, inspiring others to do the same. As a veteran of the United States Navy, fitness model, entrepreneur, and online inspiration, she has accomplished more at 28 than many do in a lifetime.