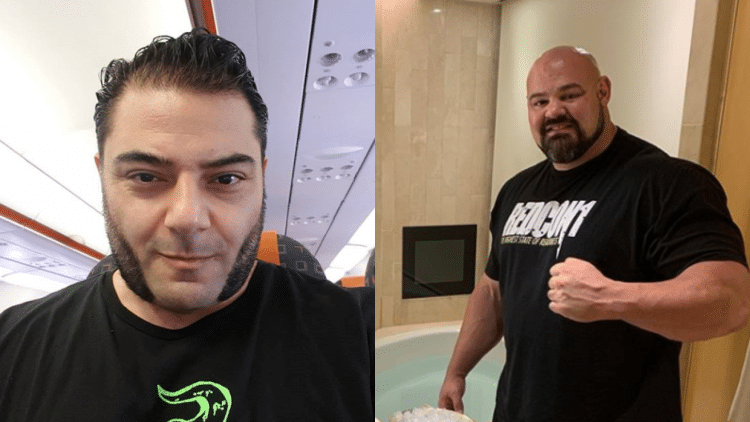 Vegan strongman Patrik Baboumian was recently challenged by Brian Shaw, to see who is stronger. Now he accepts this challenge, and is ready to take on Shaw.

Baboumian has made a name for himself by being one of the rare people to be a vegan strongman. Despite the fact that this idea is recently becoming more popular, not a lot of strongman athletes take this route. Furthermore, his strict diet has been the topic of much speculation, with people questioning its effectiveness.

Some of the people calling this into question are the fans of Brian Shaw. The four time World’s Strongest Man was recently asked if he could go head to head with Baboumian. His fans were interested in seeing which one of them were the stronger athlete. Subsequently, Shaw made a video, inviting Patrik to come train, and challenge him at any lift of his choice.

Patrik Baboumian has responded to this challenge, in a YouTube video of his own. In the video, he accepts the challenge from Shaw. Additionally, he challenges some of Brian’s statements regarding their respective Yoke records. Furthermore, he says that he had actually tried to reach out to Shaw prior to this, to train. However, he was told by Shaw’s wife that he was unavailable for training at that time.

In addition to accepting this challenge, Baboumian says that he knows which lift he plans to challenge Shaw to do. He says that he would look to compete against him with the max squat. Therefore, there would minimal equipment, but still a big lift.

Who do you think will win when these two finally meet up? Is the vegan strongman Patrik Baboumian stronger? Or will we see the multiple time World’s Strongest Man Brian Shaw walk away with the victory? Hopefully we will not have to wait long to find out.

Lower Back Pain: Common Causes and Prevention For Athletes