Ukrainian powerlifter and strongman Pavlo Nakonechnyy scores two sets of an equipped 435kg triple, with the world record in his sights 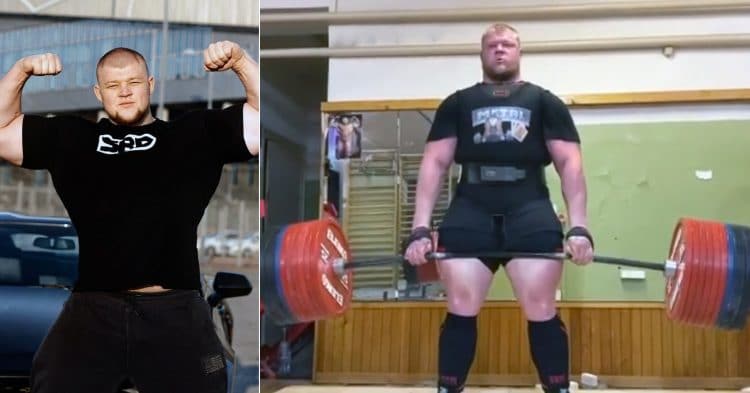 The powerlifting world has been on fire lately, with a slew of athletes staking their claims for being the next to score a deadlift world record. Pavlo Nakonechnyy is working to be added to that list, and after his recent performance it seems like that is becoming a real possibility.

It takes a lot to earn the nickname of the Ukrainian Hulk, but Nakonechnyy has been doing his part to be deserving of that moniker. From the start of his career, just as a teenager, it was clear that we were looking at something special, and he has only been getting better from there.

Competing in the +120kg, and more recently +140kg divisions, Pavlo has found himself on the receiving end of Junior records, as well as IPF and WRPF world championships. He has shown a ridiculous amount of potential that has everyone paying close attention to see what the future will hold.

Currently, Pavlo Nakonechnyy has his sights set on the Arnold Classic, where he looks to make a statement in his first major meet in almost two years. Not only that, but he is working towards an even bigger goal: the deadlift world record.

This is something that several people are gunning for, but Pavlo added himself to the list of top contenders for that coveted title, with a recent post to his Instagram. Here he shared a pair of videos, each seeing him wearing a deadlift suit and using wraps, pulling an enormous 435kg (959lb) triple.

Make no mistake about it, this was no easy task for Nakonechnyy, but he got the weight up all the same. The first set came with a little more trouble than the second, showing that his skill level is certainly there.

The progress that he has been making over the last few months have made it clear that Pavlo is intent on gunning for the world record in the near future. He still has a long way to go before he can surpass the 501kg deadlift that Hafthor Bjornsson landed last year, but he is clearly on the right track.

Take, for example, this other recent clip of Nakonechnyy doing some insane deadlifting in the gym. This time around, he was seen blowing the doors off of four reps at 390kg (859.8lb), again while equipped.

As it stands, Pavlo Nakonechnyy is looking to make a splash at the Arnold Classic, with a date still to be determined. It seems unlikely that we will see any sort of record-setting lift from him there, but it will be exciting to see what kind of effort he puts up in this contest, especially after the recent training session that we have seen from him.