Ahead of the 2020 Mr. Olympia, returning former champ Phil Heath expresses the utmost confidence as he arrives in Orlando 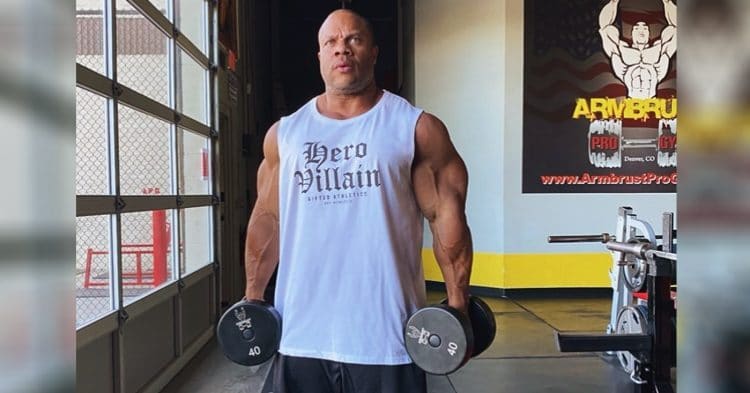 The 2020 Mr. Olympia is a mere three days away, and fans cannot wait to see the return of Phil Heath to the competition floor. Ahead of the contest, he has arrived in Florida, and he is brimming with confidence for his chance to secure his eighth title.

There are a lot of questions that Heath has to answer when he makes his return to competing after nearly two years on the sidelines. His last time on stage was the 2018 Olympia, where he came in second to Shawn Rhoden, after his midsection was not up to par with what the expectations were for a champion. He decided to take some time away in 2019, and is finally ready to return to action and claim his eighth Olympia win. If successful, this will one of the greatest comeback stories in all of bodybuilding, and one worthy of the documentary that is being filmed about his prep for the contest.

Now with just a few days until showtime, and little-to-no updates from Phil Heath during this prep, there is a lot of mystery surrounding exactly how Phil will look after his hiatus. In the few interviews that he has done, the seven-time Olympia champ has seemed confident in his ability to perform at a high level when he competes this weekend. This level of self-assuredness was seen in a big way, once he touched down in Orlando a few days before the start of the Olympia. Taking to his Twitter, the legendary bodybuilding champ is oozing with confidence as he promises to bring the best version of himself and walk away with his eighth Sandow trophy.

“If you felt a bit of a rumble in Orlando, Florida don’t worry it was just me arriving for the Mr Olympia where I’m going for #8 tying the all-time record this weekend.”

If you felt a bit of a rumble in Orlando, Florida don't worry it was just me arriving for the Mr Olympia where I'm going for #8 tying the all-time record this weekend.

Time will tell if Heath is able to live up to the hype and show the improvements to his midsection that he has promised. For the most part, it will be a face-off between him and reigning champion Brandon Curry, to see who is the best in the world. This moment is not lost on Phil, who assures his fans that he will be going full Darth Vader when they see him next.

The 2020 Mr. Olympia goes down this weekend, from December 17-20th, in Orlando, Florida. Phil Heath will be one of the many talented bodybuilders to compete over the weekend, and it will be interesting to see if his confidence is warranted.