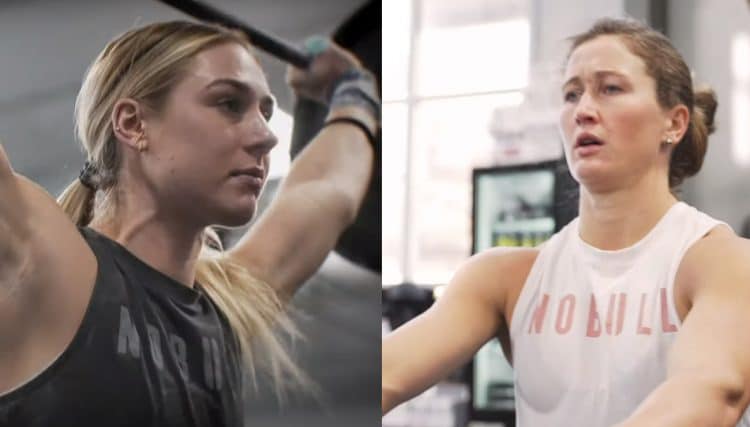 Brooke Wells finished the 2020 CrossFit season in fifth place at the 2020 CrossFit Games finals. She now has her sights a little higher on the leaderboard and is training with the first-place winner to get there.

Just this week, Tia-Clair Toomey posted a video to her YouTube channel, with she and Brooke Wells training for one of their first coaching sessions together. Tia-Clair Toomey spoke a lot of Shane Orr’s coaching and training style. As the new CrossFit season begins, Toomey notes how Shane Orr is leading them towards the win.

“Obviously we’re just starting to move the body so it hasn’t been super intense. But the way Shane likes to do it is, he will train for a couple of days and have like an active recovery or a rest day, then train for another couple of days. We slowly progress and build off of that.”

There’s nothing disorganized about Shane’s training protocol. He has a focus on rest periods both in and out of the gym.

“We’re actually just looking at a lot of movements to see where we are particularly with our joints and our mechanics, making sure that the body still feels fresh and healthy….and just looking at some of those complex movements and see what we can do and create and formulate a plan so that we can progress towards the Open.”

Shane notes that they have not been informed of the Open dates yet, but expects them to be in a timeframe over February or March.

Shane also looks at what muscle groups have been neglected by the athletes, and what they need to work on. From there he plans their individual training plans.

Also at the workout were male CrossFit athletes Alec Smith and Will Moorad. What Tia-Clair describes as “not super intense” is something that lowly cogs in the fitness world would consider superhuman. But the elites make it look so effortless.

Brooke Wells in particular was throwing Olympic lifts over her head as if they were balloons and not weights.

The video wraps with both Tia-Clair Toomey and Shane Orr talking about their favorite parts of this year’s CrossFit Games.

Until then, they are both located in South Korea for a few months as Tia-Clair trains to qualify for the 2022 Winter Olympics with the Australian women’s bobsled team.