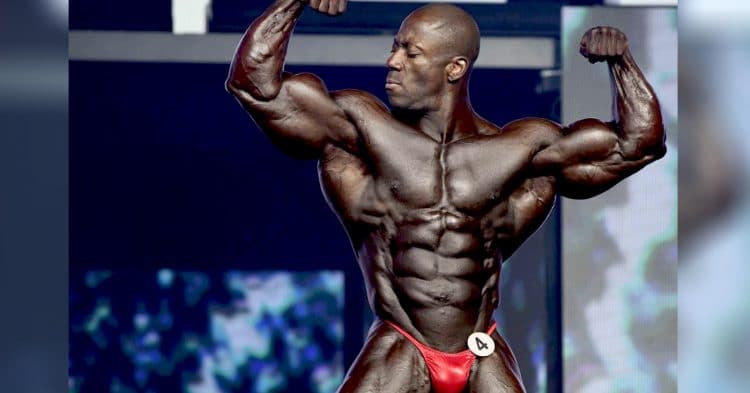 Fans have been wondering if they will be seeing Shawn Rhoden compete at the 2020 Mr. Olympia. Now it seems like this is officially no longer an option.

It has been a disappointing amount of time since the last time Rhoden was seen on the bodybuilding stage. Pending legal concerns have forced him on the sidelines since he won the 2018 Mr. Olympia, which some serious accusations levied against the champ. This resulted in the IFBB revoking his Pro Card, and was likely then compounded by the global pandemic delaying his hearings.

Last week there seemed to be some glimmer of hope that Shawn Rhoden would be able to compete at the 2020 Mr. Olympia. However speaking in a recent interview, he confirmed that this would not be the case, and that he is not competing at the Olympia. That being said, he still wanted it to be clear that he plans on coming back soon, and that when he does it will be at his best possible.

“Listen, I know a lot of people give a lot of flack to the Olympia LLC and IFBB Pro League about having Shawn compete and whatnot,” Rhoden explained.

“But there’s a due process for everything that’s going on with me, and I’m willing to go through that process. The next time I step on stage, I’m going to step on stage with nothing hindering me from being the best me or taking the focus off of me competing and the 2020 Olympia is not for me this year.

You guys heard it here first. I want to be on stage at 100% and competing as Shawn Rhoden with nothing hanging over my head. Once this process is complete I will be on stage.

“Nothing means more to me than being on stage competing,” he continued. “This will go away. This will be behind me and I will be able to focus on everything, not just but bodybuilding but Shawn Rhoden’s life and everything else and getting my life back. Until then I’m training as if I’m competing because nothing has changed. I’m still training, I’m eating, I’m working out because I know at the end of the day I will be back on stage competing, and I will be competing on stage as Shawn Rhoden and nothing else.”

If Rhoden is innocent, you definetly have to feel for him during this difficult time. He is not getting any younger, and he is nearing the point where he will no longer be in a position to compete at his physical peak. Time will tell how this all ends up, once this due process is complete.