Phil Heath makes the case for bodybuilders to be paid more, and reveals a conversation he had about competing in the Arnold Classic 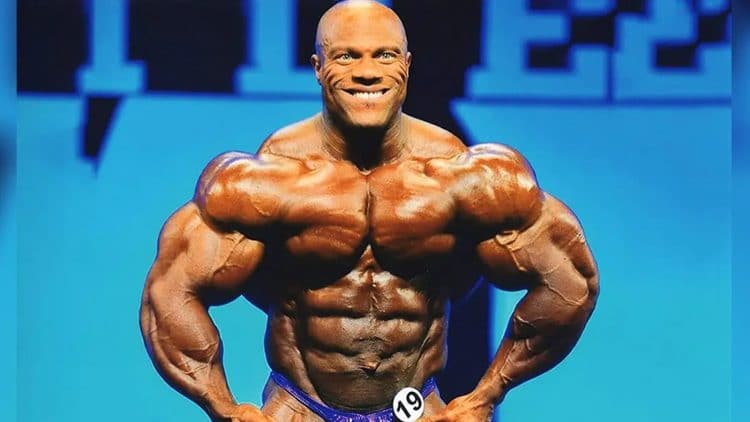 With seven Olympia titles on his resume, Phil Heath is one of the greatest bodybuilders of all time. However even he knows that the athletes in this sport are not being paid what they should be.

Heath will be the first to tell you that bodybuilding is a sport that requires daily work and dedication to be successful in any way. Despite that, most bodybuilders barely make a livable wage from competing, instead needing sponsorships and other appearances in order to survive in the sport.

Speaking in a recent interview, Phil made the case that it was time for this to change. Here he explained that the sport needs a change so that it can keep some the best in the world happy and competing, while being financially stable.

“These men and women, they put a lot of time, a lot of effort, and if we were to really write it down, how much money and time they put into their physique, they would be so much in the red, in the black, that people would say ‘Well how are we going to sell this? You must really love this s—t because you’re not making money from this,'” Heath said.

“The biggest thing I think, is the lack of opportunity for athletes to sit at the table… When the magazines were going on, I think there was a lot more opportunity, because you were getting eyeballs on you through the magazine. When the digital age came, there was really no sit-down with all the top athletes and saying, ‘This is a platform that we are going to make for you to make money, because a lot of you people didn’t go to college, you didn’t have these conversations.’

“We were just focused on training and dieting because that’s freaking hard,” Heath continued. “I think we’re in a great point in time for us to have this conversation, but I think that we just need more dialogue.”

Phil went on to explain that he went to a show recently where one of the female bodybuilders only made $500, despite the massive amounts of money put into training and diet. He believes that the sport needs to invest in the athletes more, so that people like Shanique Grant will stick around, and feel like it is worth the sacrifices.

“I think it’s really important that we look at this and say ‘Look, I need to invest money into these people so that they can actually do better.’ … They’re very influential, but it’s hard to keep them motivated and keep them locked in for a long period of time, when they’re not getting paid” Heath explained.

“Shanique Grant, very young, bright star. She won the Olympia a couple of times. If she was getting paid more money, she wouldn’t have retired. Now I understand that she wanted to have a family and stuff like that, god bless her, good luck with that. But I guarantee you, if she had a couple zeros extra, she might say ‘You know what, I’ll have this kid but I’ll come right back.'”

Phil Heath Is All About The Money

As much as Phil Heath is calling for everyone to get a raise, this sentiment applies to him as well. In fact, he went on to explain that he was invited to compete at the Arnold Classic once, but things changed quickly when he asked to be taken care of financially.

He explained that he asked to have his travel expenses taken care of to compete at the Arnold Classic USA. However this led to a response from the people in charge, suggesting that he was only interested in money.

“I never won an Arnold Classic Columbus Ohio trophy right… One of the promoters was like ‘Phil, you’ve gotta do this show. You’ve gotta do it for me.’ (I was like) ‘For you? Okay. You going to pay me to show up?’ He was like ‘What?'” Heath explained.

“I said ‘When Tiger Woods goes to one of these invitationals, because this is an invitational, they pay for his flight, his hotel, his everything, you give him a signing fee. What are you going to do for me?’ And you know what he says? ‘Is it all about the money Phil?’

Phil continued by saying that he wants to see promoters offer something besides a trophy to get athletes motivated. So for the Arnold Classic, as well as the Olympia, things need to change.

Although he does not outright say as much, it seems that this feeling of being underpaid is part of the reason Phil Heath has been less active in recent years. It is nice to see him advocating for the athletes like this, as a former 7x champ.