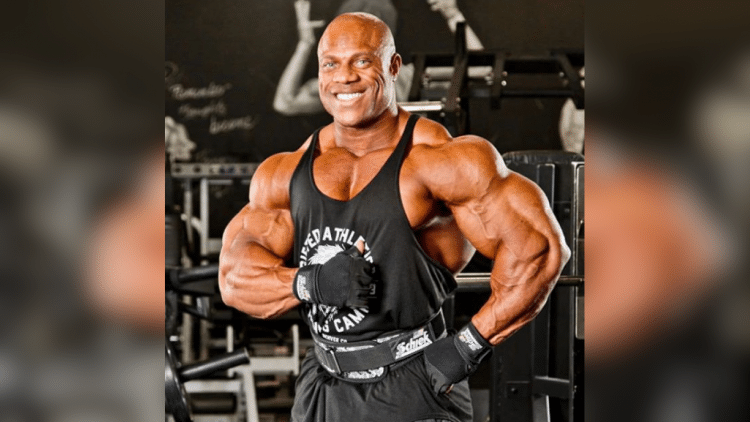 People have been asking Phil Heath to make a comeback to professional bodybuilding. However, according to him, he did not leave in the first place.

Many fans were disappointed to hear that Phil Heath was not competing at 2019, Mr. Olympia. The seven-time Olympia champ lost in 2018 to Shawn Rhoden. However, Rhoden was ruled ineligible to compete at this year’s event, following legal troubles. As a result, people were wondering if Heath would return to recapture his throne.

Nevertheless, Heath did not compete, and Brandon Curry was crowned the new Mr. Olympia. Although he had previously said that he was taking the year off, some people were expecting that to change. Especially when given the circumstances, as well as the fact that he was still in excellent shape. However, when that did not come to pass, some thought that was the last we would see of Phil Heath.

However, in a recent video, Heath made it clear that he is not done bodybuilding. In the video, he is responding to fan requests for him to make a comeback. Yet, according to him, you can not come back if you never left.

Here is his message:

“Everybody wants the comeback. I never left. I didn’t retire or anything. Guys are like, ‘We want the comeback!’ Did I really leave?”

That is a pretty fair point.

All Heath said, was that he was taking time off. In fact, it seems that he was putting that time off to good use, as he is still in great shape. Subsequently, when Mr. Olympia 2020 comes around, we could be seeing a new and improved Heath, who is revitalized and hungry again.

Nevertheless, fans are excited for the return of Phil Heath, whenever it might be. Although there is still a possibility that when he returns, he will have to face off against Shawn Rhoden. It will be interesting to see how the time off has affected both men.