Include these beneficial training methods for even more muscle and strength gains!

Pre- and post-exhaustion training is a killer way to make some serious gains.

Implementing single-joint (isolation) exercises before and after a weight training session which includes compound exercises; can prove to yield several benefits.

These benefits potentially include improved mind/muscle connection, additional stimulus to the muscles from more training volume, and failure of the larger target muscles first, rather than the smaller secondary muscles (this is a good thing in this case).

For example, the pec dec chest fly would be considered a pre-exhaust exercise since it isolates only the chest for the purpose of activating the muscle fibers.

The bench press is a compound exercise that targets the chest but the front delts and triceps are also heavily involved in the movement. But since you’ve pre-exhausted your chest with the flys, the secondary muscles will be able to assist more while the chest is the first muscle to tire out rather than the other way around which is not what you want.

And finally, you’ll finish off with some push-ups to post-exhaust the chest; fully fatiguing the muscle.

According to an article published by the Strength and Conditioning Journal, pre-exhaustion training doesn’t have an effect on neuromuscular activity during compound exercises.

However, it does increase the overall training volume which is directly related to increased muscle growth and strength. (1)

But some research has found that pre-exhaustion negatively affects muscle activation in the target muscle. (2)

Well, the rectus femoris and vastus lateralis muscles of the quads showed significantly less activation after the muscle was pre-exhausted. (3)

It was concluded that pre-exhaustion training may be disadvantageous for muscle activity and strength improvement.

But let’s look at this way…

If the goal is to pre-exhaust a muscle before the compound set/s, then a decrease in maximum muscle activation during the compound movement would be normal as you’re not training the muscle when it’s at its absolute strongest.

Hence the reason why it would be the first muscle to give out, which is the goal… right?

But this lack of maximal muscle activation (according to the aforementioned studies) doesn’t mean you won’t have sufficiently stimulated the muscle/s, and this is due to the sheer training volume which is another effective way to promote hypertrophy.

And when you take a muscle to exhaustion, you create the breakdown of muscle tissue which then results in a process that signals satellite cells; responsible for hypertrophy. (4)

Plus, you also benefit from improving muscular endurance which is necessary for taking a muscle to complete failure (important for muscle growth and strength improvements).

But another point we’d like to bring up is that there are several studies which have proven that certain isolation exercises are superior for muscle activation because you’re focusing directly on that muscle without help from assisting muscle groups.

For example, one study found through EMG testing that the concentration curl showed more muscle activation than the bicep curl and other similar exercises. (5)

And in another study, the pec dec fly and cable crossover were right behind the barbell bench press for muscle activation. (6)

So, what we’re trying to say is that these pre-exhaust sets are definitely not being performed in vain.

Now, does this mean that these isolation exercises are better overall and should replace the exercises which allow you to lift heavier and create more overload on the target muscle/s? Not at all.

Just because the results turned out the way it did, we have to take into account all variables including the maximum overload principle which creates a different stress necessary for hypertrophy and strength. So, you’ll need both isolation and compound exercises to experience the best results possible.

The more traditional way of training involves performing a compound exercise first and then an isolation exercise (post-exhaustion), which allows you to train the muscle of primary focus with maximal strength and energy. (7)

And this is a well-known way to maximize your results for size and strength. The biggest benefit of post-exhaustion following your main sets is that you’re pushing the muscles beyond what you normally would if just doing a typical workout.

And mechanical overload provides damage to the cells, therefore requiring the repair process.

But post-exhaustion can also get you through a plateau which is often caused by an insufficient stimulus to the muscle and/or it just happens because we’re human and progress cannot possibly continue at a constant rate all of the time.

But if you combine both pre- and post-exhaustion training together, then there are some apparent benefits to be had for your training progress.

The most obvious for the pre-exhaustion method being that the larger target muscle will tire out during the compound exercise before the assisting muscle groups give out.

But, many people also use isolation exercises to develop a better mind/muscle connection due to the pre-activation of a muscle; which is nothing new and few would disagree that it works well.

One study found that focusing on using a specific muscle during an exercise increases the activation of that muscle when using up to 60% of one-rep max. (8)

And for post-exhaustion, utilizing exercises to fatigue a muscle to its max is great to bust through a plateau. And if you don’t usually take your working sets to failure, then post-exhaustion training is a good opportunity to do so.

Training to failure is shown to be beneficial for hypertrophy and strength gains, so it has its place along with higher volume, and lower intensity training. (9)

Pre- and post-exhaustion training can result in overtraining for those who are not as proficient with understanding how their own body responds to training.

If you’re focusing mostly on making strength improvements, then stick with more straight sets with the compound movements. But if you’re more advanced and looking to focus more on muscle growth, then you should start to implement the pre- and post-exhaustion methods.

However, you’d be better offer including this method every so often and not during every workout.

Pre- and post-exhaustion has its place just like every other training method and you don’t want to miss out on what the other methods can offer as well.

The following workouts include both pre-and post-exhaustion exercises along with a compound movement in one giant set which will target each major muscle group with 3 exercises per giant set. So, you’ll do one set of each exercise and then you’ll circle back around and repeat after one giant set.

Pre- and post-exhaustion is a viable method for progressing. It doesn’t at all have to be a complicated process but it’s a little better suited for those who are a little more advanced in their training.

Now, both pre and post-exhaustion are good great methods. But how often you decide to implement these techniques depends on your goals too.

For a focus on strength, go for the post-exhaustion method. But to potentially experience new hypertrophy gains, try the workout example above. 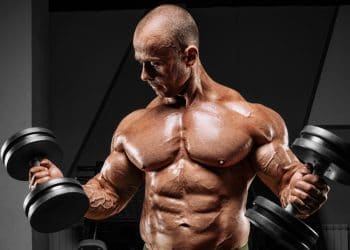 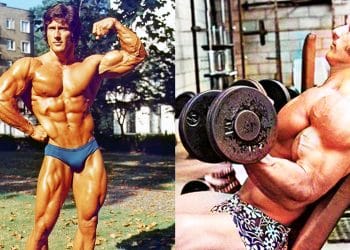 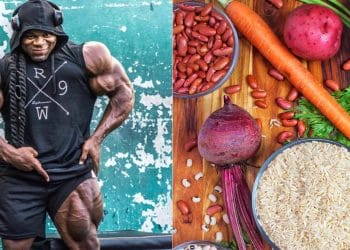 What Does Glycogen Have To Do With Making Gains?