Big Ramy To Compete In Spain At European Championships 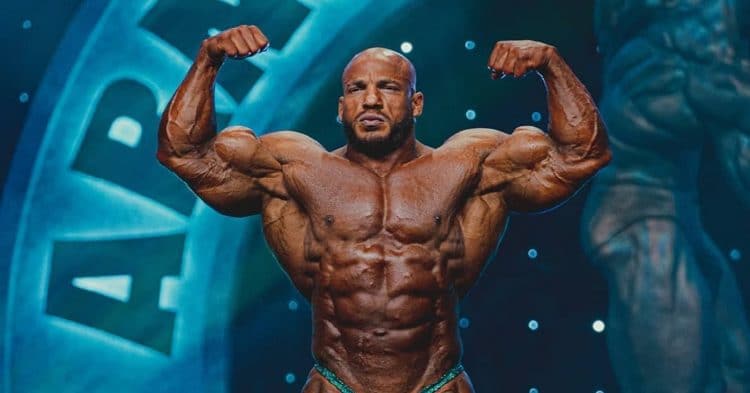 The last few weeks have seen Big Ramy really amping up his training, but nobody knew why. However he has announced that he will be competing in just under two weeks.

For Ramy, he was hopeful to be able to get an invitation to compete at the 2020 Mr. Olympia. At first it seemed that he was not going to be able to make it, but he then said that he was going to stay busy in the hopes that something changes. That was precisely what he did too, as he was seen looking unstoppable in some later released training footage. It seemed that he was gearing up for competition, although there was no word as to where or when he might be stepping on stage again.

That all changed however, when Big Ramy posted a recent video to his YouTube. Here he shared some pretty sick training montages, with the proper music and quotes in the background to get anyone watching hyped up. Yet about halfway through, he took a minute to speak to the camera, confirming that he will be competing on October 11th, at the IFBB European Championships.

“I need to confirm that, to all my fans, I will be back on stage on October 11th. Yeah, I have been working hard for that, and I need to thank all my fans for supporting me and believing in me.”

This is obviously a massive announcement for fans of the Egyptian bodybuilder. If he is able to get a win here, he will secure his place at the 2020 Mr. Olympia, which is ultimately what he is hoping for. Judging by the way that he has looked in previous training videos, not to mention the clips that were included in this upload, it would seem that he has a solid chance to win as well.

“Big Ramy announces on Dragon Pharma’s YouTube channel that he will next step on stage October 11th (the date of the IFBB European Championships) in Spain.”

It is going to be quite exciting to see Big Ramy take the stage in just under two week’s time. He had already been grinding away in the gym, so there is no doubt that he will be prepared when the time comes. The short notice nature of him competing at the European Championships in Spain was shocking, but it will no doubt be a welcome surprise to his fans who were hoping he could find a way to the Olympia, later this year.