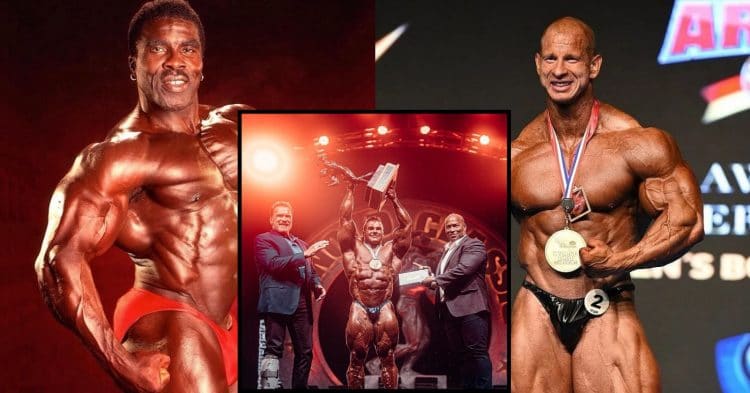 It is not uncommon to see that after a bodybuilder gets a big win, it leads to some negative comments from other people. This time around, it was Robby Robinson and Michal Krizo who had some words for Nick Walker after his Arnold Classic victory.

Robinson is a Golden Era bodybuilder who is generally regarded as something of a fan favorite for that time period. He has won the Mr. Universe, and appeared at a handful of Olympias mostly during the 70’s and 80’s.

It seems that he is not particularly thrilled with the way that Open bodybuilding has developed over the years, especially after Nick Walker’s package to win the 2021 Arnold Classic. Following this performance, Robby posted to his Instagram with several comments that express his displeasure for the direction that the sport has taken with lineup at the Arnold Classic, feeling like aesthetic physiques are a thing of the past.

“None of what I see today is good for bodybuilding. But who cares anyway. I use to think Bodybuilding was something special. Not anymore,” Robinson wrote.

“Bodybuilding has become a septic tank of bloated, cave manlike physiques… 😂 nobody wants to look like what you see onstage today. Ugly is the best word for it… Throw on a pair of briefs hands covered in ink bloated upper body wrecked lower body. I will make you famous.”

Robby Robinson was not the only one to speak up regarding the Arnold Classic lineup, and in particular Nick Walker. IFBB Elite Pro athlete Michal Krizo also had something to say about Nick’s performance on stage.

Of course this is not surprising considering how much he has been trashing other members of the IFBB Pro roster as of late. Nevertheless, the Arnold Classic Europe winner took aim at the Arnold Classic USA champ with a comment on his Instagram, trashing Nick Walker by name.

“Nick Walker is no rival for me boys. He is only big mighty liliput without symetry . But his condition and mass was great. But its all what he can show☝️bbding isnt only mass😉” Krizo wrote

That being said, Krizo was quick to walk back these comments and apologize for his comments about Nick Walker. He says that he was largely joking when he was talking trash, and that his lack of proper English has made it hard for him to properly express that he is joking, and Nick posted this apology to his Instagram Story.

“I just got screens hotted my unfortunate reaction to one fan-fiction comparison with me vs. Nick Walker. While those who know me personally, know also that I often am joking trashtalk even about myself, also I only started to learn English RECENTLY – this means also that I don’t feel properly weight of some words, and while I cancelled my inappropriate reaction immediately, some hyped fans managed to screenshot it and spread around,” Krizo wrote.

“By none of that I meant to offend and I sincerely apologize @nick_walker39, I repeat saying it’s just my usual trashtalk which I often use even to myself. I wish you good luck on Olympia. 💪🏆”

There has been a lot of controversy about the state of Open Bodybuilding since Nick Walker won the Arnold Classic, and beforehand. Therefore Robby Robinson is not the only one to speak out about the somewhat unhealthy size of these types of mass monsters.

As for Michal Krizo, while he is correct in saying that mass is not everything, Nick certainly had more to offer than that over the weekend. That said, it is hard to take anything he says seriously, while he is not competing in the IFBB Pro League.