Many thought he had a good shot and Nick Walker proved to the world that he's a force to be reckoned with. 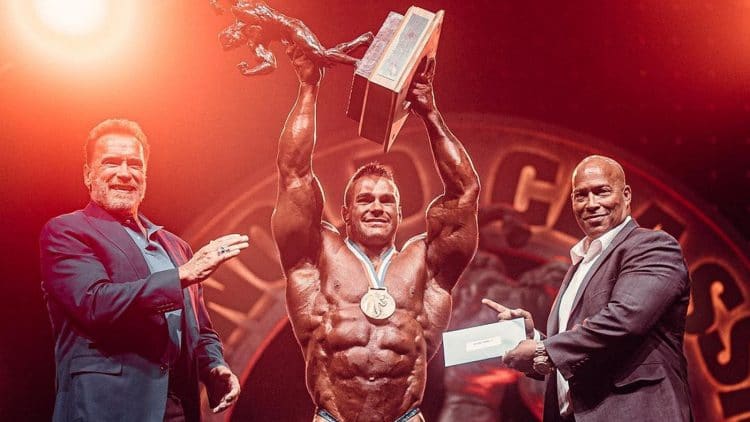 Open division bodybuilder Nick Walker wins the 2021 Arnold Classic against a fierce lineup of competitors at the massive showdown. He earned prize money, and also took home the Franco Columbo Most Muscular award.

The 2021 Arnold Classic took place on September 25 in Columbus, Ohio. While there were no changes regarding the location this year, the multi-sport event was pushed back a few months from its usual March date due to Covid.

The stakes were high in the Men’s Open division with top competitors battling for bragging rights, prize money, and a ticket to the 2021 Olympia (If not already qualified) in October.

William Bonac was the previous winner of this show however, he could not defend his title due to travel issues.

The young Nick Walker saw an opportunity and pounced and now he’s undoubtedly going to garner more attention from this victory.

“The Mutant” earned his Pro Card at the 2020 North American Championships and then went on to win the 2021 New York Pro, which earned him a spot at the 2021 Olympia. He would have qualified at the Arnold if he’d not already so this was simply a bonus win and a huge one at that.

Walker said before the show that he was going to win the Arnold Classic and get top 5 at the Olympia.

Well, he’s done one out of the two and many are looking forward to his highly-anticipated Olympia debut. His rise has been an incredible one, bringing an incredible level of mass and an overall top-tier package.

Unlike years prior, the 2021 Arnold and Olympia are within just a few weeks from each other which no doubt puts the pressure on like never before.

The prestigious competition draws in thousands of people and athletes from around the world and is a massive deal for the Columbus area, bringing in several million in revenue annually.

It was a much-needed addition to the events in 2021.

We’d also like to acknowledge Iain Valliere and Steve Kuclo who finished second and third respectively. Before the contest, there were no doubts it come down to these three athletes taking the top spots but only one could stand at the top.

Canada’s Iain Valliere is one competitor to definitely watch in 2021. He won the 2020 New York Pro, placed 7th at the 2020 Olympia, and then won the 2021 Tampa Pro in August. Many are expecting big things from the massive Open Pro in future competition.

Another huge and promising competitor, Steve Kuclo is a five-time IFBB champion. Some of the Michigan native’s best Pro performances include winning the 2018 and 2019 Indy Pro shows.

Looking Forward To The Olympia

What an exhilarating event leading up to the 2021 Olympia with Nick Walker claiming the second-prestigious trophy in bodybuilding. He held off some very tough competition and it’s clear he has incredible potential in this division.

With that being said, all of the athletes who participated in the Men’s Open Bodybuilding at the event deserve to be acknowledged for their efforts.

2021 Arnold Classic Results For All Divisions