At the 2021 Arnold Classic, Arnold Schwarzenegger himself shared his concerns about the dangerous of Open bodybuilding, saying that MMA is less dangerous 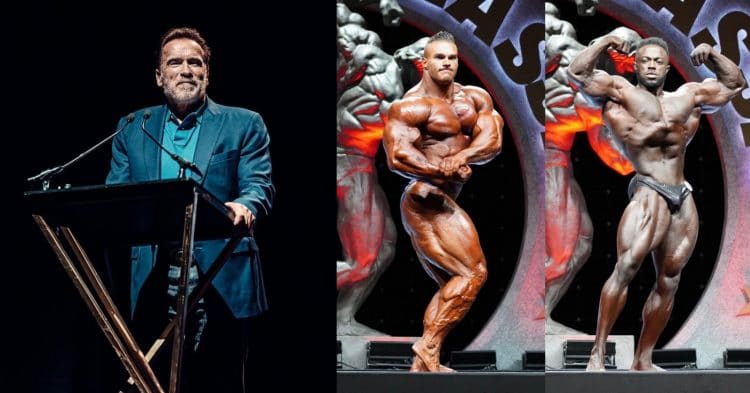 Over the weekend, the 2021 Arnold Classic delivered in some exciting bodybuilding action, particularly in the Men’s Open Division. However if it were up to Arnold Schwarzenegger himself, this division may not exist at all.

There have been a lot of talks lately about the dangers that come along with Open competition, even before the 2021 Arnold Classic took place. There have been some deaths among athletes that have punctuated concerns about the safety of these athletes who push their bodies to the absolute limit.

This was something that Schwarzenegger brought up while doing commentary for his bodybuilding contest, which took place in Columbus, Ohio. Here he explained that he feels like the sport is more dangerous with the Men’s Open Division at the forefront of bodybuilding, and that he thinks Classic Physique will eventually overtake the Open as the most popular division of the sport.

“I was not only impressed (with the Classic Physique Division), I was delighted to see a great performance when it comes to posing and the way they relax their faces. It looks so much more appealing,” Arnold Schwarzenegger said.

“I think this is the direction we need to go, no two ways about it. I think that you really need to build this part of the bodybuilding sports, so that it’s equal to the Open competition. That way people always have choices, and there’s always a good thing with sponsorship money, and get them more cash prizes. So I’m going to work on that because I think that it’s the right direction to go…

“Let’s not forget, they don’t have to take all of this stuff that some of the other guys are taking to be bigger,” Arnold added.

Arnold Schwarzenegger has had some opinions of late that have not gone over well with fans, but he is not the only one looking to see Classic Physique overtake Men’s Open. With some bodybuilders losing their life, even during or right after competition, there has been an increasing concern about the safety of the sport.

A portion of this certainly comes from nostalgia, with Schwarzenegger saying that he thinks Classic Physique reminds him of what was popular during his time in the sport.  Schwarzenegger called out Terrence Ruffin and Logan Franklin for individual posing routines at Arnold classic 2021 and appreciate their vacuum pose. Regardless of that, he makes some interesting points about the sport and what its future should look like.

Classic Physique champion Chris Bumstead looking to retain the title for the third time. Terrence Ruffin who placed second at last year’s Olympia, recently won the 2021 Arnold Classic will be a threat to his crown.