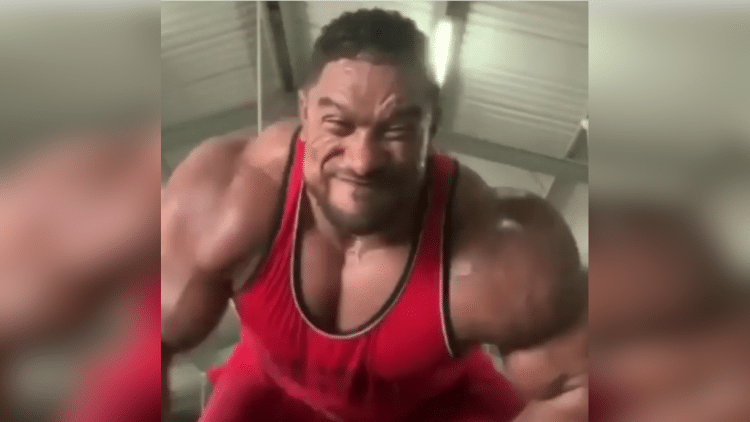 Roelly Winklaar is coming off a big performance at the 2019 Mr. Olympia. He recently showed that he is still working, and continues to look impressive.

Winklaar had a strong performance at the Olympia this year, putting on a great show. Although he did not win, he still managed to earn a solid fifth place. This was not quite the result he was looking for, but he was put up against some stiff competition. Additionally, he revealed that he had been dealing with injury in the leadup to the event. Therefore, with all that considered, some would say he exceeded expectations.

Following the Olympia, Winklaar has taken a break from competing. However, that does not mean he has stopped training. In a recent video, you can see Roelly hitting the gym, looking massive. Furthermore, he is looking quite lean, in spite of his imposing size.

In this video, Winklaar can be seen with his arms looking gigantic. His shoulders are large, and rounded, and his traps are mind boggling. It is clear that he has been working hard to improve since the Olympia, and work on some of his weaknesses. This is turning out to be a good thing, as he is looking quite impressive.

It seems unlikely that Winklaar will be competing again before the end of the year. However, he seems to be preparing for a contest, perhaps at the beginning of the year. Despite how incredible he is, he has not won the Olympia at any point, yet. As a result, if he wishes to compete at next year’s event, he is required to get a win at another contest. This is what it seems he is trying to do.

Whenever Roelly Winklaar competes again, it is expected that he will look massive. If this video is any indication, he will be bringing a lean physique to the stage.

How To Watch: CrossFit Filthy 150 Sanctionals