It may not be as bad as it seems! 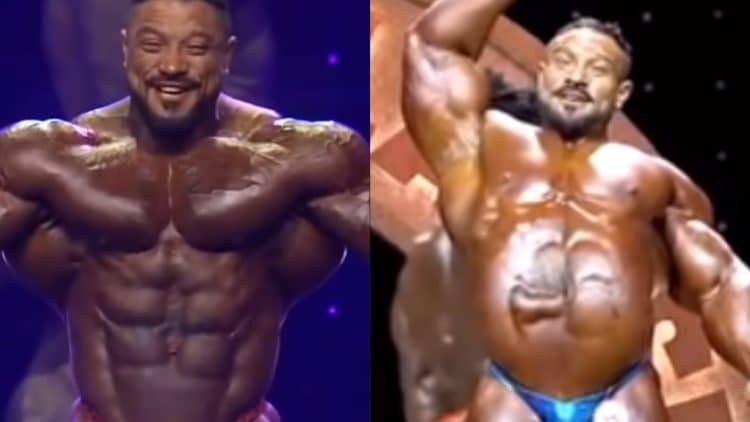 So, Roelly Winklaar appeared to have a pretty messed up looking set of lower abdominal muscles at the 2019 Arnold Classic which has raised lots of questions. Does it have to do with a bubble gut? A hernia?… maybe it’s just a cramp?

Now, Winklaar was clearly not ready for the Arnold Classic because of poor conditioning and to make matters worse he had to deal with this strange bulge in his abs which didn’t help any.

But as of right now we don’t think it’s anything serious. It’s probably just some abdominal cramping from dehydration. Now, what would likely correct this issue for Roelly? Most likely some recovery and a break from competition.

Right now and from what it looks like we can rule out a hernia since nothing looks really abnormal. You can see only the shape of his abdominal bulging when he’s posing and nothing else to be suspicious of.

And as for the whole bubble gut thing… not a chance. If he had a bubble gut, his entire core would look extended and not just his lower abs. So no worries there and hopefully he never gets to that point.

Hopefully, Roelly Winklaar will take a little time to allow his body to reset so that he can come in at his best for the 2019 Mr. Olympia competition.

For years, critics have been pointing to the midsection of Phil Heath as one of his biggest weak points. However...

Dave “Jumbo” Palumbo was a bodybuilder who really lived up to his name. Palumbo competed at a bodyweight of close...

Although Dexter Jackson retired from bodybuilding after the 2020 Mr. Olympia, he still remains a relevant figure within the sport...

It is far too common for elite bodybuilders to take the stage sporting bloated bubble guts. Shawn Ray recently took...

If you are a high level bodybuilder, then chances are you have had to deal with bubble gut. Lucky for...