Match your bench press style to your training goal by learning the difference between these two major exercise variations. 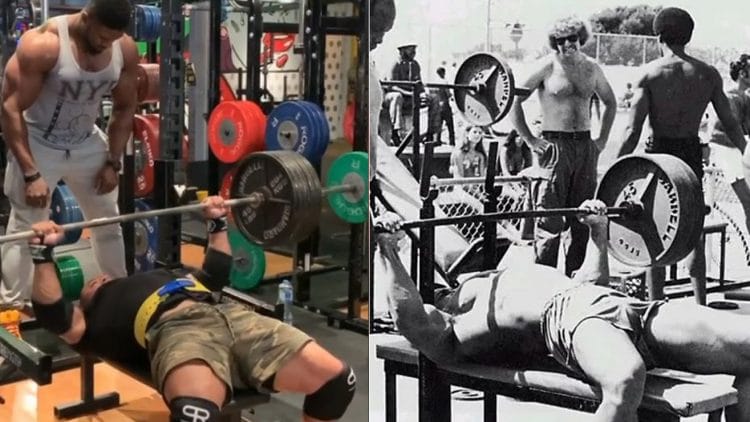 Almost everyone who lifts weights does the bench press. It’s an essential exercise for developing maximal upper body strength and size. However, there are two main bench press styles all lifters should be aware of – the powerlifting bench press and the bodybuilding bench press. Each one affects your body differently, so it’s important to use the right one for your goals.

Muscles used during the bench press

Pectoralis major– pecs for short, these are the large muscles on the front of your chest. Their main function is horizontal flexion of the shoulder joint.

Triceps brachii– the main muscles on the back of your upper arm. These muscles are usually known simply as the triceps. Your triceps extend your elbow joint. 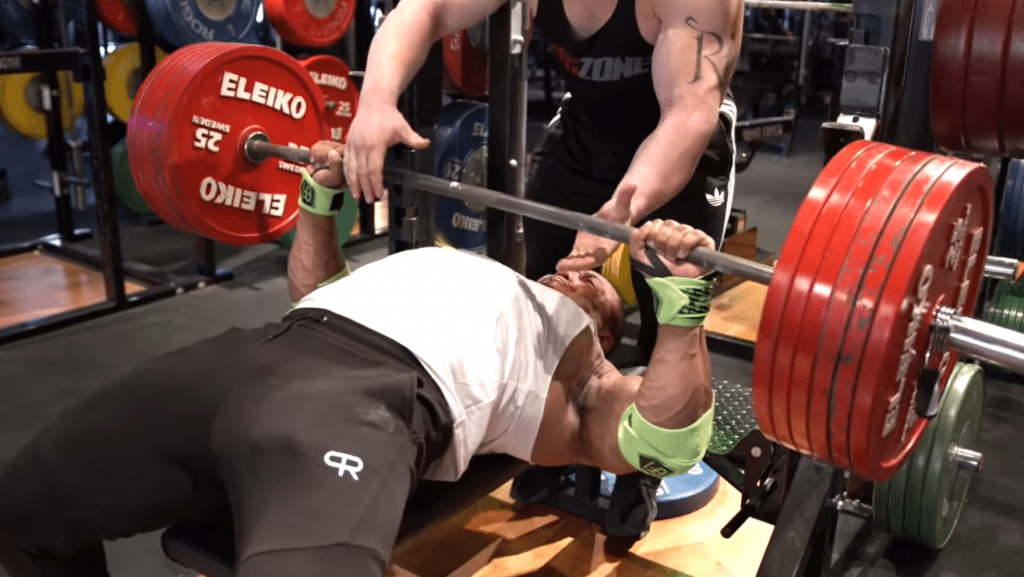 Powerlifting is a sport of three lifts – the squat, bench press, and the deadlift. Each lifter gets three attempts at each exercise, and the winner is the person who has the highest three-lift total. Therefore, the aim of the powerlifting bench press is to lift as much weight as possible. It is a test of pure strength.

To ensure fair competition, a powerlifting bench press must conform to specific rules, the main ones being:

–Head is on the bench

–Shoulders are on the bench

– Butt is on the bench

–Feet are on the ground

–After it’s unracked, the bar must be lowered and lifted unaided, i.e., without assistance from spotters

To lift the greatest possible weight, most powerlifters use a wide grip combined with a large back arch. This reduces the distance that the bar has to travel, allowing the lifter to move more weight. Arching your back lifts your chest up toward the bar, effectively shortening your arms and improving your leverage.

Regarding lifting speed, most powerlifters try to complete their reps as quickly as possible. This means that they lower the weight fast, but under control, pause until the referee gives the command to press, and then try to push the weight up as fast as possible. Less time under tension uses less energy, so more weight can be lifted.

While this is an effective way to boost your bench press performance, it actually makes the exercise easier. Moving the weight quickly over shorter distance means less work. This isn’t cheating; it’s just working within the confines of the rules.

To increase their bench press performance, powerlifters often bench twice a week, and sometimes more. Learning and perfecting the powerlifting bench press takes practice, and that means doing it frequently. However, to avoid boredom and stagnation, each workout is usually different.

The powerlifting bench press is only really suitable for competitive lifters, and people who want to train to bench more weight. However, if you are a beginner, or want to build muscle, this approach is not ideal. If your goal is to build a big chest, the bodybuilding bench press is a better option. 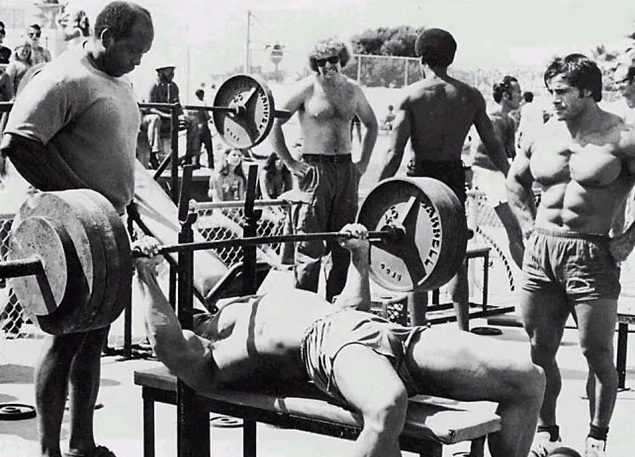 The aim of bodybuilding is to build and sculpt your muscles to create an aesthetically pleasing physique. Muscles not only need to be big; they also need to be well-shaped. To achieve this, bodybuilders use a range of exercises to work their muscles in a variety of ways. The bench press is considered to be a good chest mass builder, but it’s just one of several effective pec exercises.

In bodybuilding, the amount of weight you can lift is not that important. Instead, the focus is on working the target muscles as hard as possible. Where the powerlifting bench press is designed to make the exercise easier, allowing you to lift more weight, the bodybuilding bench press is the opposite. It’s designed to place more stress on the target muscles. This means you won’t be able to lift as much weight but, with bodybuilding, you are not judged on your performance in the gym but how your training affects your body.

Because of this, bodybuilders do not use such a wide grip or pronounced arch, and some even lift their feet off the floor. According to studies, this may increase pectoralis major recruitment, which is the target muscle during the bodybuilding bench press (1).

Bodybuilders also try to take their muscles through a bigger range of motion. They do this by not arching their backs and lowering the bar to touch the mid to upper chest. Some bodybuilders favor dumbbells for bench presses and chest development because they allow for an even greater range of motion.

While this is a good strategy for building muscle, a slow tempo limits the amount of weight you can lift, and powerlifters are much less likely to train this way.

Bodybuilders also tend to use a lot of different variations of the bench press to maximize muscle growth. This not only prevents boredom and stagnation; studies suggest that exercise variety is every bit as important as sets, reps, and load progression for muscle growth (2).

While powerlifters may occasionally use some of these exercises, they will only do so for variety and to provide a break from competition bench pressing, such as during the off-season. Most of a powerlifter’s training will center on the competition-style bench press.

Any other bench press variations may be used as assistance or accessory lifts to boost competition bench press performance. For example, narrow grip bench presses are a great triceps strengthening exercise. In contrast, bodybuilders use these variations to purposely target different areas of their chest to create bigger, fuller, more shapely pecs.

The wrap up: which bench press variation is right for you?

Your bench press style should match your training goal. Doing the wrong type of bench press could mean you don’t get the best results from your workouts.

The powerlifting bench press is ideal for anyone who wants to compete in the sport of powerlifting, or just wants to train to be able to do a big, single rep bench press. If you care about how much weight you can lift, this is a variation for you.

If you are more concerned about how you look than how much weight you can lift, the bodybuilding bench press is your best choice. You’ll still get stronger, but the most noticeable effect will be muscle growth.

Do you want to achieve both of these goals simultaneously? Train like a powerlifter once a week, and then train like a bodybuilder a couple of days later. This is called power building, and it’s a good compromise for lifters who want to be big AND strong.

1- PubMed: Evaluation and comparison of electromyographic activity in bench press with feet on the ground and active hip flexion

2- The Journal of Strength and Conditioning Research: Changes in Exercises Are More Effective Than in Loading Schemes to Improve Muscle Strength