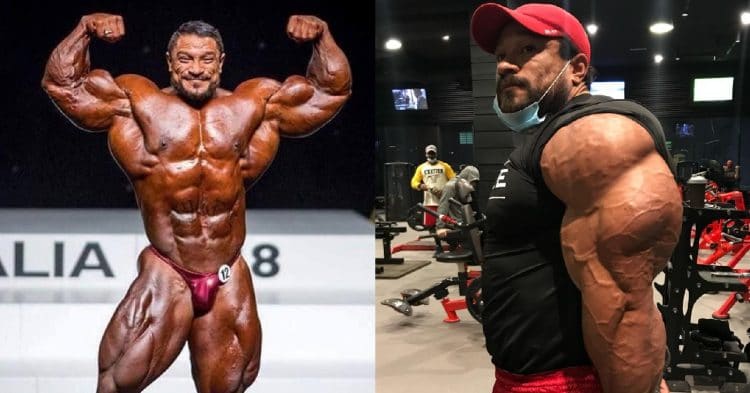 One of the sneakiest athletes heading into the 2020 Mr. Olympia has easily been Roelly Winklaar. With four weeks until the contest, he whipped out some triceps that might just break through your screen.

There is nothing to say about Winklaar other than positive things. He is a hard working, talented bodybuilder who has earned a ton of respect for his skills on stage. These skills have led him to some major wins, including being the winner of the People’s Champion at the 2018 Mr. Olympia.

Yet in spite of these successes, Roelly Winklaar has been largely overlooked heading in the 2020 Mr. Olympia. Of course, as the weeks dwindle down people have been reminded of how crazy his physique is. It is often the case with Roelly, that his physique updates around a month and a half out from a show will be off the charts. This rang true yet again, with a recent update to his Instagram. Here, just after a workout four weeks away from the Olympia, he showed off what may be some of the best triceps in the sport today.

Winklaar made the comment about nailing this pose on stage as a joke, but he is not exactly wrong. If his arms looked like that at the Olympia, it would certainly give him a pretty decent leg up over the competition in that regard, with the exception of perhaps just Phil Heath, Big Ramy, and Brandon Curry. Of course there is a lot more to the judging criteria than just how big one’s arms are, but he definitely has some of the best triceps in the game for sure.

The cause of Roelly’s massive triceps is obviously somewhat reliant on good genes. However Winklaar also trains his tail off to get his arms to the point that they are. He also shared a video detailing one of the variations of dips that he uses to work his triceps, and there is a lot of interesting techniques at play here.

“How did I grow my triceps?! Apart from genetics, I incorporate all kinds of tricep variations. One of my favorites have always been these old fashioned bench dips 💪🏾”

With how impressive Roelly Winklaar has looked over the last couple of weeks, it really makes you wonder how good he will be on stage next month. Perhaps he will find a way to master the side tricep pose by then, and blow the doors off of the whole competition.