Roelly Winklaar Shows Off His Humongous Arms In Recent Physique Update With Six Weeks To Go Until The 2020 Mr. Olympia 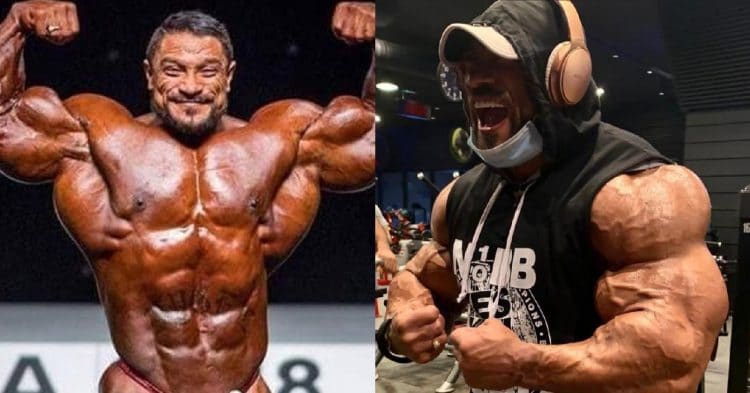 This year’s Olympia is fast approaching, but perhaps one of the most overlooked athletes competing is Roelly Winklaar. He quickly reminded us not to forget about him with a crazy physique update with six weeks to go until the show.

With so many big names competing at the 2020 Olympia, it is quite easy for a lot of still really exciting names to be passed over. The biggest example of this would be Winklaar, who has won the Arnold Classic Australia, and placed as high as 3rd at the Olympia, while looking like a killer in his prep for this year’s Olympia. Yet he is nearly forgotten about with the likes of Phil Heath’s return, Brandon Curry’s ascension, and Big Ramy’s special Invitation.

That being said, Roelly Winklaar wants to be sure that nobody is truly forgetting about him. Taking to his Instagram, he decided to share a recent physique update that gave a glimpse of his arms around six weeks out from the 2020 Mr. Olympia. While it is not the most detailed update, it does a phenomenal job of reminding fans of how tremendous his arms are, and that he is still a legitimate threat at this year’s event.

“My coach @ahmd_askr thinks my arms look bigger than my legs! 😏😂”

Without seeing his legs, of course it is impossible to compare Roelly’s arms to them. While his coach is likely joking about them being bigger than his legs, Winklaar does have incredibly massive arms. It is possible to make a case that his are one of, if not the best in the sport. It is just a matter of getting the rest of his body to catch up to his phenomenal arms.

Of course, Roelly Winklaar is just as aware of these criticisms one would expect, and has been putting in the work to improve his lower half too. Although he was wearing compression pants, making it impossible to judge the definition of his legs, he did post a workout update a few days before this. Here he shows some of his leg day training, looking like a beast in the process.

This is around the time in his prep that Roelly Winklaar really begins to show his insane physique. Now whether or not that ends up showing itself on stage, time will tell. Nevertheless it seems that for now, he is pulling out all the stops and working to bring the best package possible to the stage.