Roelly Winklaar reflects on Big Ramy's win at the 2020 Mr. Olympia, and reveals if he thinks the champ can retain his title 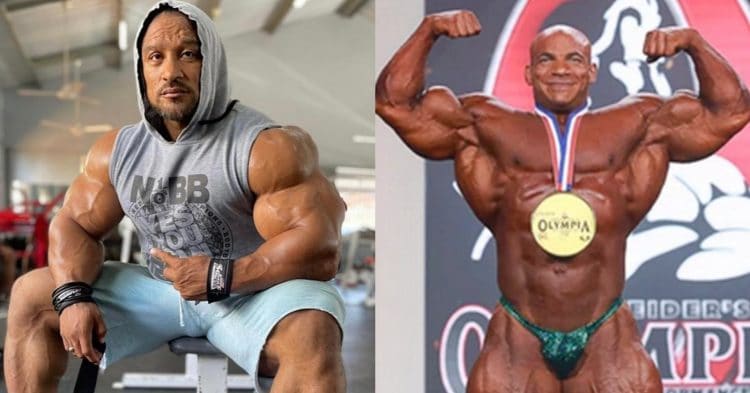 Some people feel that Roelly Winklaar has what it takes to become Mr. Olympia. However he says that as long as Big Ramy keeps doing what he is doing, nobody will be able to stop him.

When he is at his best, there are some people who feel like almost nobody can beat Winklaar. In fact, people like William Bonac have even voiced their support for Curaçaoan bodybuilder, saying that he has the potential to win the Olympia title.

Unfortunately there have been a variety of issues that have interfered with Roelly’s ability to compete, with him not stepping on stage since 2019. However when you look at some of the packages that he brings, such as that from the 2018 Olympia where he scored third place and was the People’s Champ, it is not hard to see why he has the support he gets.

In his time in the sport, Roelly Winklaar has taken on, and beaten, some of the sports best bodybuilders. Among these is Big Ramy, who scored sixth at that aforementioned 2018 Olympia.

That is why it was poignant to get Roelly’s opinion on Ramy’s big win and incredible look at the 2020 Mr. Olympia, which is what we got when he was speaking in a recent interview, alongside Bonac himself. Here he voiced high praise for the champ, and says that if he keeps doing what he is doing, nobody will be able to beat him.

“I think Ramy’s physique is big, and he was drier than everybody on stage. If he can come like that and drier, he can beat everybody again,” Winklaar said.

“I think if everybody is going to be sharp, it makes it more difficult for him. He was, that day, sharper than everybody. That’s why (he won). He’s big, (nobody can compare) to him when he’s big and sharp.”

As for Bonac, he has a different idea of who could be Mr. Olympia in the future. He continued to maintain the idea that Roelly Winklaar should be the champ, because of his insane physique and work ethic.

Tiger Giles, who was conducting the interview, then brought up the previous conversation he had with Bonac, where he initially made the massive compliment towards Roelly. After a bit of laughter, he explained his reasoning for this.

Hopefully Roelly Winklaar will get the chance to compete this year, and at least try to prove William Bonac’s opinion correct. It will be interesting to see what he can bring to the stage, and how he stacks up against the current version of Big Ramy.