William Bonac heaps praises onto Roelly Winklaar, after the bodybuilder compliment him in a recent interview 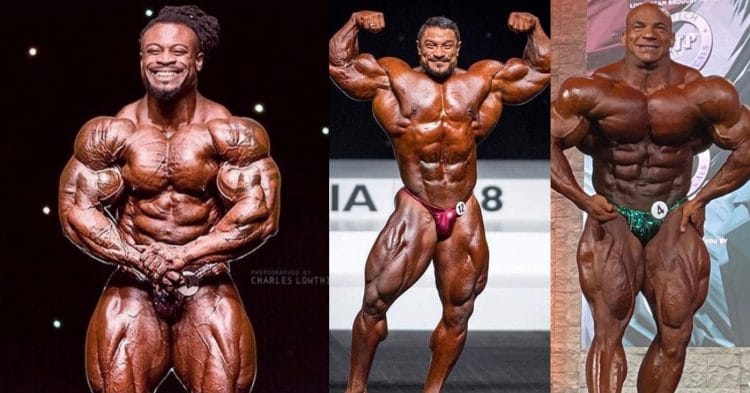 We recently heard William Bonac get complimented by Roelly Winklaar for his performance at the Mr. Olympia. Now The Conqueror returns the favor with some even higher praise for Roelly.

Heading into the 2020 Mr. Olympia, Bonac largely flew under the radar, compared to the likes of Phil Heath, Brandon Curry, and Big Ramy. This was somewhat surprising considering he was coaching himself heading into this contest.

In the end, he would finish in a closely contested, yet still impressive fourth place. He had some of the best conditioning on stage, but still fell short to the aforementioned trio of massive bodybuilders.

That being said, Roelly Winklaar felt that William Bonac deserved to score higher at the 2020 Olympia. He even said recently, that he felt William deserved to win the prejudging altogether, which would have placed him higher in the finals.

While Bonac does not necessarily agree with Roelly’s assessment of him, he feels pretty strongly about Winklaar’s physique. He recently did an interview, where he explained that if Roelly brings the right package, he could be the one to dethrone the new Olympia champ, Big Ramy.

“He loves me too much,” he said, laughing.

“The way I see it now, even though age is playing a factor, they say that nobody can take Ramy out, I feel like if Roelly gets his game on, his A-game, like the way we saw him in 2018 late in the year, I think he will take out Ramy.

“I think it will be a different story for Ramy, because those two are the only mass monsters that we’ve got. I love Roelly’s physique, I love Ramy’s physique as well, but I’ve seen Roelly.

“I’ve even seen Roelly when he won the New York Pro… I know how his physique is, and I prefer his physique more than the current champion, the way it was before.”

That being said, Bonac knows that the key is for Roelly to find consistency. This was something that Big Ramy struggled with, and William is hoping to see Winklaar find a similar formula for success for himself.

“It’s the same thing that people were talking about with Ramy for the past seven, eight years. Now he finds the formula for it, and I really hope from the bottom of my heart that Roelly will find a formula for it, and that he can stand toe-to-toe next to the champ.”

Unfortunately Roelly Winklaar was unable to compete at the 2020 Mr. Olympia, due to a positive COVID-19 test. It will be interesting to see if he can make it on stage for the 2021 show, and if he can be as competitive with Big Ramy as William Bonac seems to think.