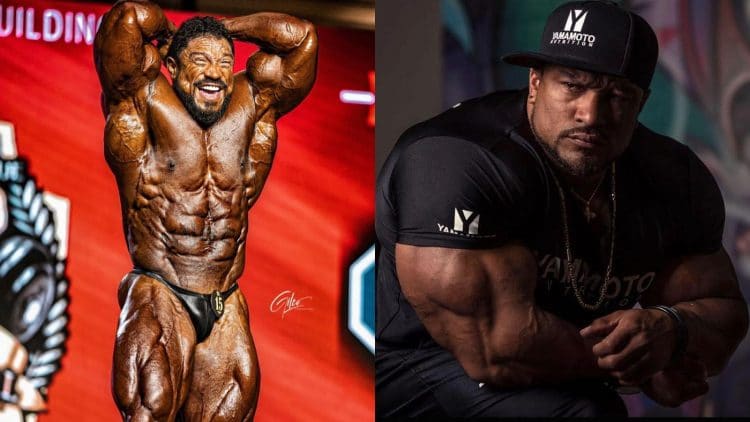 Fans were a bit disappointed with the package that Roelly Winklaar brought to the stage for the 2021 Chicago Pro. He has reacted to this showing, and already has his sights set on his next opportunity to qualify for the 2021 Mr. Olympia.

When Winklaar made the surprise announcement that he was competing at the Chicago Pro, just a few days out from the contest, fans did not know what to expect. Judging by the few physique updates that he had shared he seemed primed for a big showing, but he was also expected to face off against a tough roster of competition.

In the end, Roelly’s prep photos did not quite translate to onstage success, as he came in fifth place onstage. Following this competition, he posted to Instagram to react to his performance, congratulate Hunter Labrada for winning the show, and reveal that he was going to be competing at the Tampa Pro.

“First of all, I would like to send a huge thank you to the @ifbb_pro_league, @wingsofstrength, and @timgardnerproduction for putting on such an amazing and incredible show!” Winklaar wrote.

“I would also like to congratulate @hunterlabrada on his WIN… It was a fun and great battle amongst us bro!
.
Even though I came up short this time, the fight doesn’t stop here… Tampa Pro here I come!!!👊🏾”
.

Roelly Winklaar says that he will be competing at the Tampa Pro, which is set to go down August 6th and 7th at the Grand Hyatt Tampa Bay, in Tampa, Florida. With about a week left for athletes to register, it is unclear who he would compete against here, but this is one of the bigger shows of the year, so you can expect some more huge names on the roster.

There is a few weeks for Roelly to work on his package and make enough improvements to earn a higher placing at this show. That said, without knowing who he will stand on stage with, it is hard to pin down a prediction on how he does.

When it comes down to it, Roelly Winklaar is one of those freaky kinds of bodybuilders that always has a shot at winning any contest he is in, provided he can bring the right package. If he is able to rebound and win the Tampa Pro, it will earn him an invite the 2021 Mr. Olympia, otherwise it may be the Arnold Classic before we see him again.